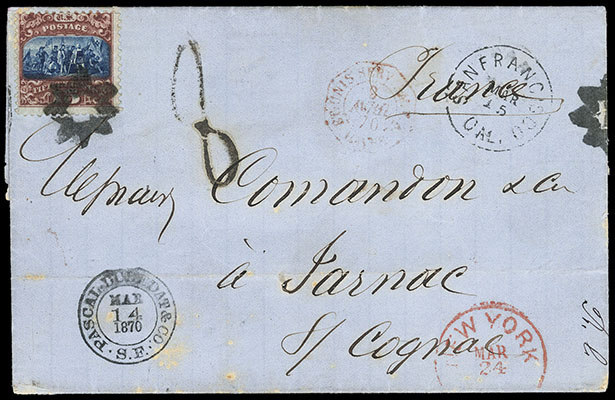 The 1857 U.S.-French postal treaty expired on Dec. 31, 1869, making it difficult to fully prepay postage between the two countries, and impossible to fully prepay postage to France with U.S. stamps alone (with the exception of the unannounced phantom rate from New York via British mails). This cover was prepaid for the expired 15¢ treaty rate and was sent via the 10¢ American Packet Direct rate, with French postage due on arrival.