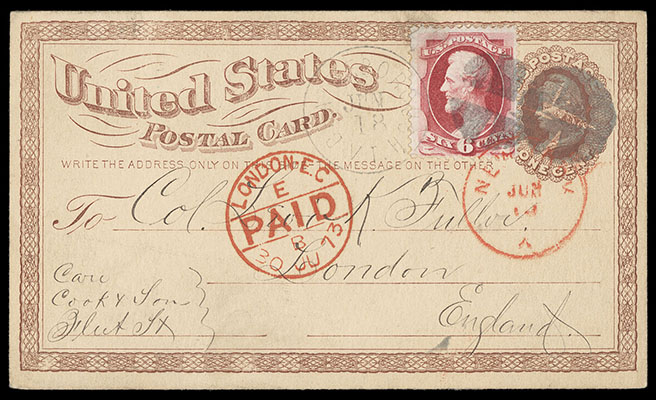 AN EXCEPTIONALLY RARE PRE-UPU POSTAL CARD USE AT THE LETTER RATE TO THE UNITED KINGDOM.

The U.S.-U.K. treaty was not amended to include a postal card rate and therefore they had to be prepaid at the letter rate until entry into the G.P.U.-U.P.U. on July 1, 1875.