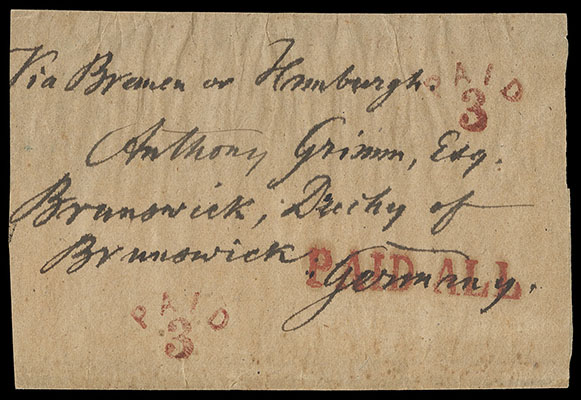 Although origin markings do not appear on this wrapper, three other wrappers are known in the same hand and to the same addressee in Brunswick, all from Belleville, Illinois. "Via Bremen or Hamburg" routing instructions would indicate contract steamship service of either the North German Lloyd Line to Bremen or HAPAG Line to Hamburg, setting the date after July 1, 1857 when the Hamburg Treaty began. New York marked the red PAID ALL because the newspaper was paid to destination. Absence of a Bremen arrival markings indicates HAPAG steamer to Hamburg.