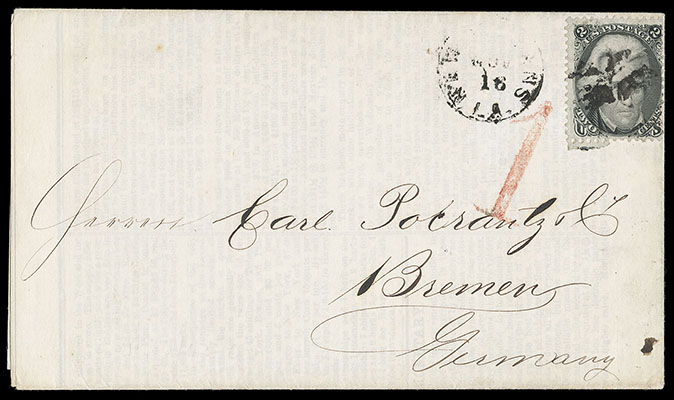 Prepaid the 2¢ printed matter rate to Hamburg when the rate via Hamburg to Bremen was 3¢. Although underpaid by 1¢, the circular was allowed to go through. Large "1" handstamp of New York, known in red and in black, applied as a result of late 1866/early 1867 negotiations with the Germans that established printed matter rates beyond the GAPU and set U.S. credits per item.