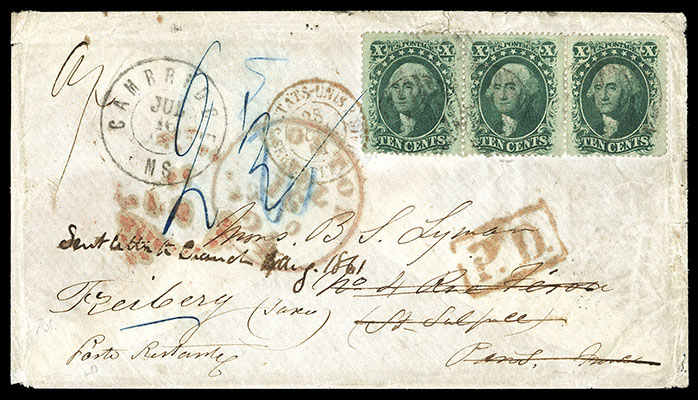 Slow mid-19th century communications meant letters to intermediate destinations often arrived after the traveler had departed. Forwarders, banks and hotels sent them on to the next country as if they had originated there.