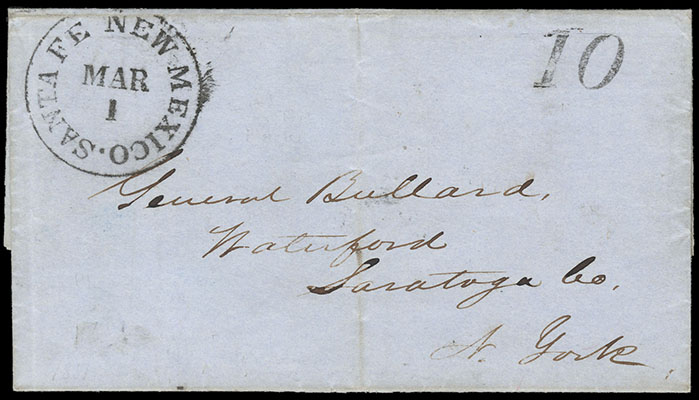 The first mail contract by the Post Office Department was known as Route 4888. The bid of Dr. David Waldo was accepted on May 11, 1850 for once-a-month service, Independence to Santa Fe, the cost was $18,000 per year. Dr. Waldo's firm was known as Waldo, Hall and Co. The first mail delivery started from Independence on July 1, 1850, and was hailed by the newspapers of the day as a great success. The Waldo and Hall Company carried the mail until 1854 when the contract was given to Jacob Hall commencing August 18, 1854, for once-a-month service at $11,000 per years. This was known as Route 8912. The new contract doubled the compensation, and service was increased to semi-monthly on July 1, 1855, and then set to expire in one year's time.

Major Shepherd was commander in charge of Fort Marcy during this period at Santa Fe.