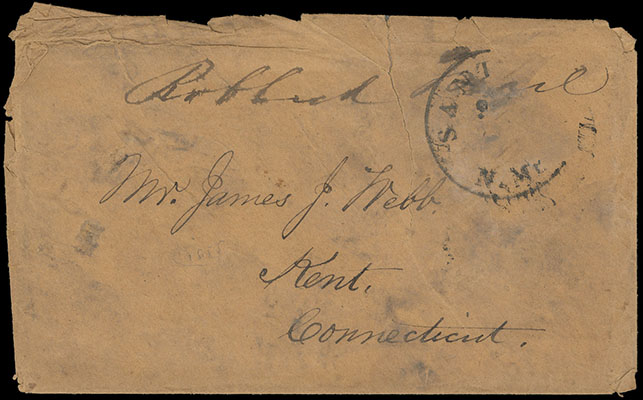 A REMARKABLE "ROBBED MAIL" USE ON THE HALL CONTRACT ROUTE FROM SANTE FE, NEW MEXICO TERRITORY.

On Wednesday night, the 24th, the Western mail was robbed at Lisletown, on the Osage river, ten miles from Jefferson City. The bag containing the New Mexico mail was cut and numbers of letter packages broken open. Next day the mail was found in the Marie River, close by. One Charles S. Gilbert, formerly stage-driver, was arrested on suspicion. (from the Daily National Intelligencer of November 2, 1855)