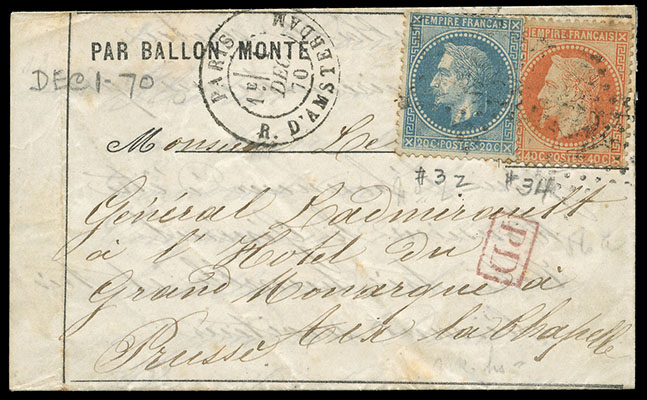 During the Franco-Prussian War, Général Ladmirault was placed in command of the IV Corps of the Army of the Rhine, taking part in the battles of Mars-la-Tour and Saint-Privat; during the latter he repulsed the German attack at Amanvillers. After the capitulation of the Bazaine's army however, he became a Prussian prisoner of war.