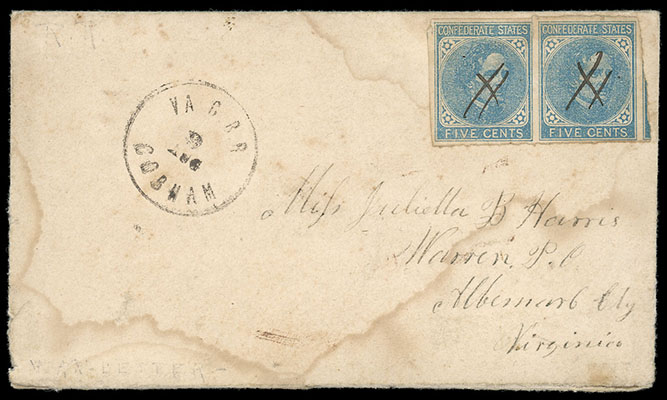 Samuel A. Johnson rose in the ranks of Company D of the 23rd Virginia Infantry (Louisa Grays) from Private to 2nd Lieut. He was captured at Spotsylvania and taken to Fort Delaware Prison. From there he was taken to Morris Island S.C. where he became one of the Immortal 600 kept under the fire of his own guns. He was transferred to Hilton Head, Fort Pulaskia and then back to Hilton Head and Fort Delaware where he took the Oath of Allegiance in June 1865.