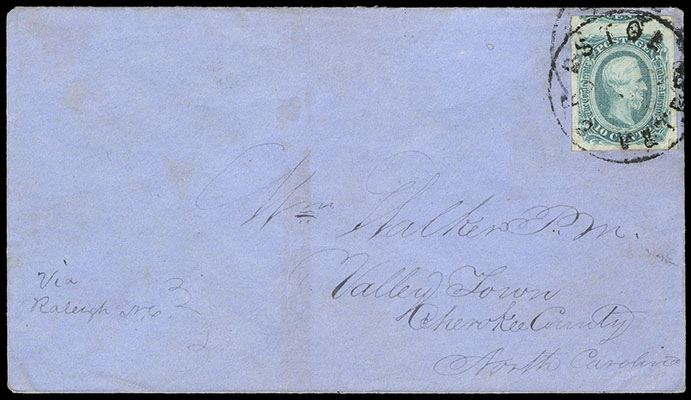 There were 113 railroads in operation in the states comprising the Confederacy in 1861. These railroads were not only crucial in the movement of supplies and troops, they also played a critical role in the delivery of mail throughout the South. There are 23 known Confederate railroad postal markings which were applied by either local agents of the railroads or by railroad route agents. Local agents were employed by the railroads and route agents were representatives of the Confederate Post Office Department. Bristol was a railroad station in Virginia on the Virginia and Tennessee Railroad.