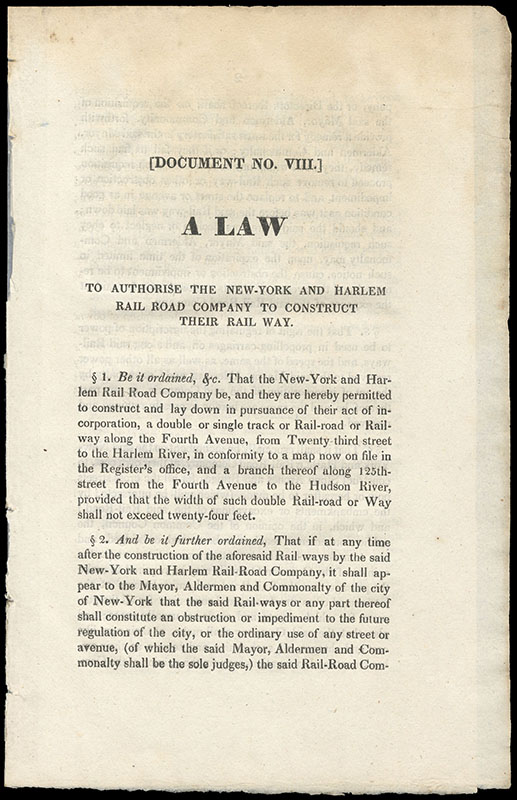 When rail roads were first introduced into the the U.S.A. they were short in length and were regulated by State and in some circumstances by City Councils. The initial 4½ miles of the New York & Harlem Rail Road was authorized by an act approved by the Mayor of New York on December 22nd 1831.
https://www.rumseyauctions.com/