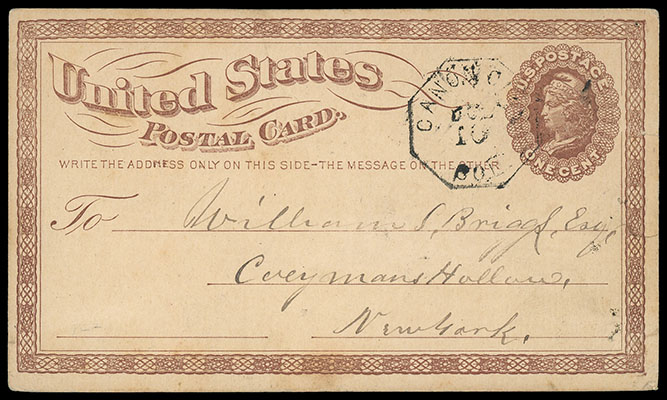 At the entrance to the Royal Gorge of the Arkansas, Canon City became a transportation and supply center for the surrounding territory. This office was established in Kansas Territory December 13, 1860 and transferred to Colorado Territory in 1861.