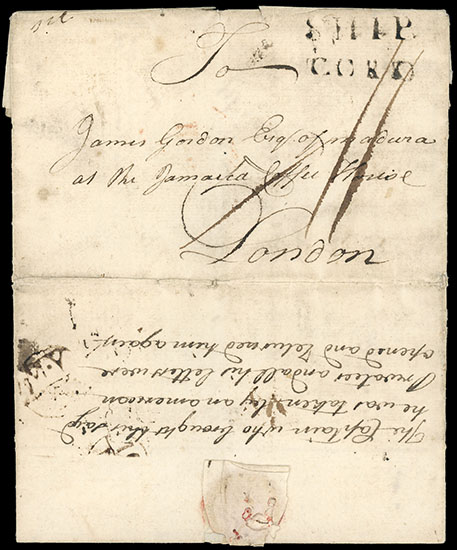 1776 (Aug. 1) Grenada to London, England "Privateer Letter", datelined folded letter with noted on backflap "The Captain who brought this sayd he was taken by an american Privateer and all his letters were opened and returned him again.", carried by private ship to Ireland, entered mails with "Ship /Cork" and manuscript "5" pence rating, London "10/MA" Bishop backstamp and "11" pence final due rating; small edge tear, Very Fine.
Estimate    $5,000 - 7,500.

A RARE 1776 LETTER FROM SHIP CAPTAIN TAKEN BY AMERICAN PRIVATEER. 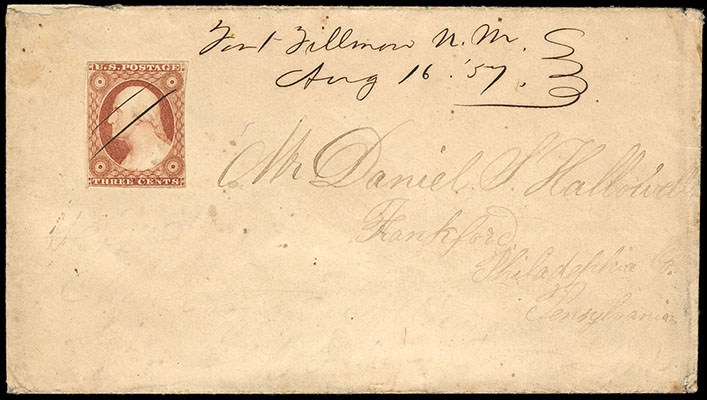 ONE OF ABOUT SIX RECORDED FORT FILLMORE MANUSCRIPT POSTMARKS. 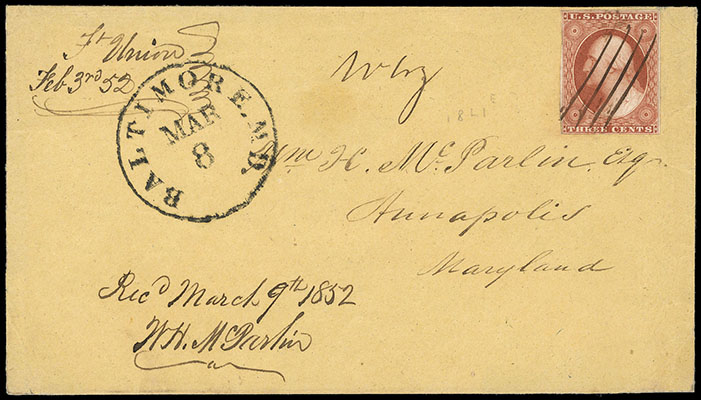 Fort Union, was located close to the Santa Fe trail in north eastern New Mexico. Its main functions was to provide military escorts to the monthly mails between Santa Fe and Independence, Missouri. This letter was carried under the first Waldo, Hall mail contract.

Three modes of transport were used:
1. By wagon: Fort Union depart 3 February 1852 via Independence, to St. Louis (arrive 26 February)
2. By steamboat: St. Louis depart 27 February, via Cairo and Louisville to Wheeling, Virginia
3. By railway: Wheeling via Harrisburg, to Baltimore arrive 8 March with "Way" rating and sent on to Annapolis. 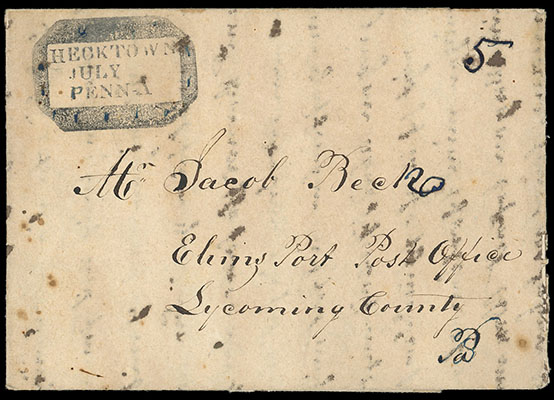 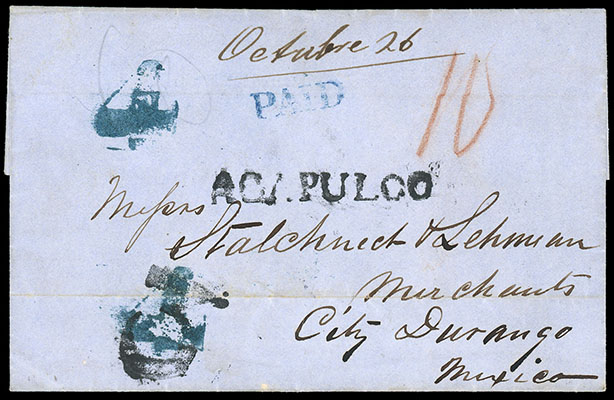 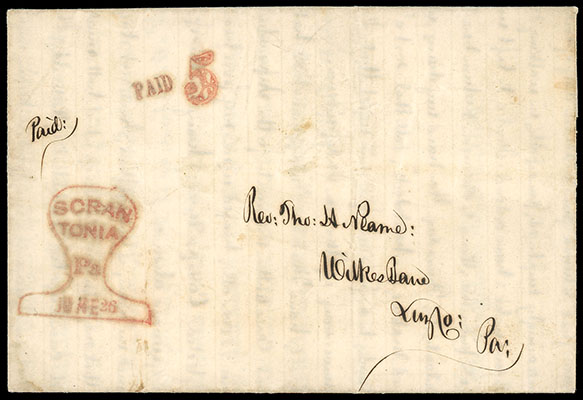 The Scrantonia post office was established on February 12, 1850. The town name was changed to Scranton on Jan 23, 1851. This unusual postmark design is in the shape of the cross section of a railroad iron rail which where produced at the Lackawanna Iron Works. 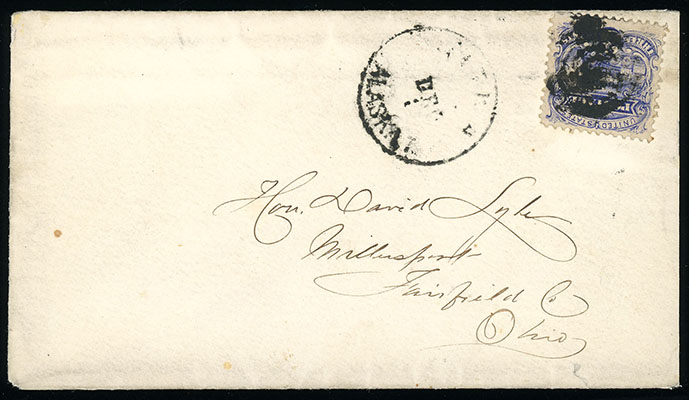 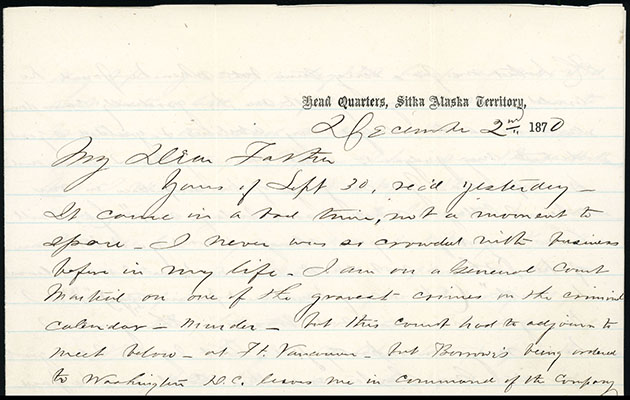 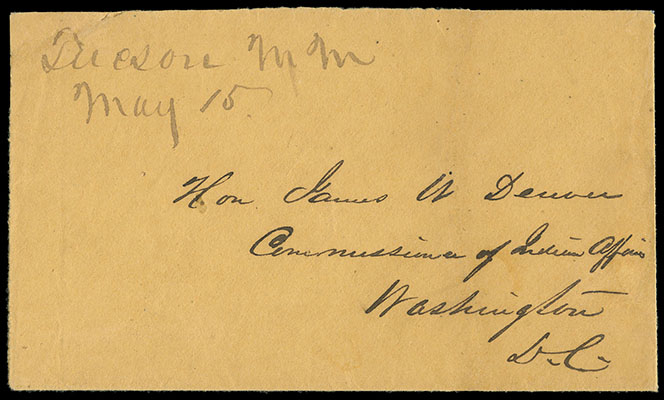 "Tucson NM, May 15.", manuscript postmark by Mark Aldrich on buff cover addressed to General James W. Denver as Commissioner of Indian Affairs (April-June 1857) in Washington, D.C., carried by military express to Santa Fe, instead of entering the regular mails there, it was carried in a military pouch to Washington, D.C., Very Fine, ex-Birkinbine.
Estimate    $1,500 - 2,000.