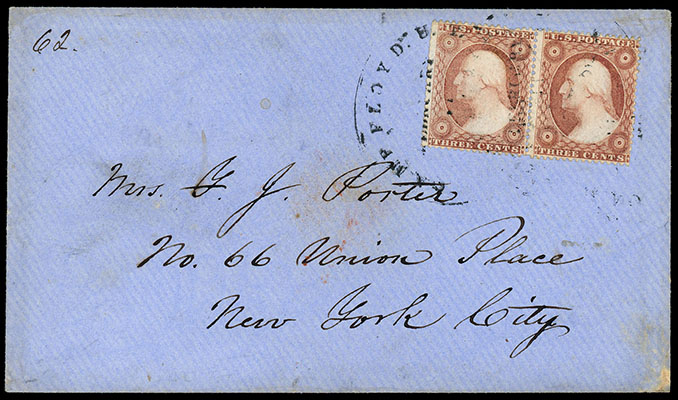 This new handmade townmark for Camp Floyd was made in early 1859. 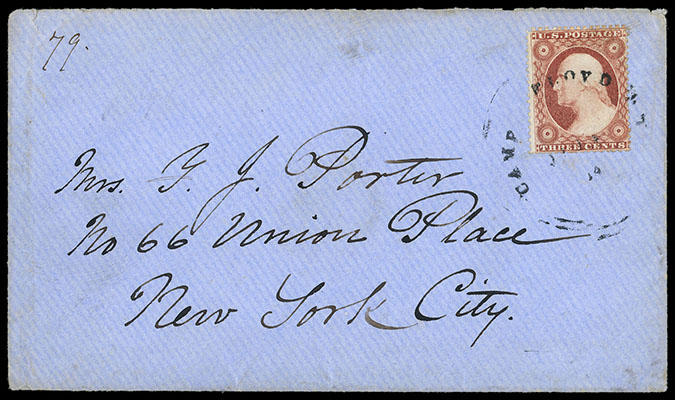 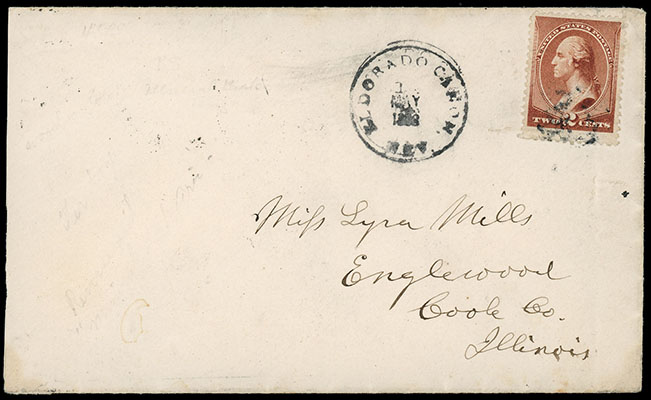 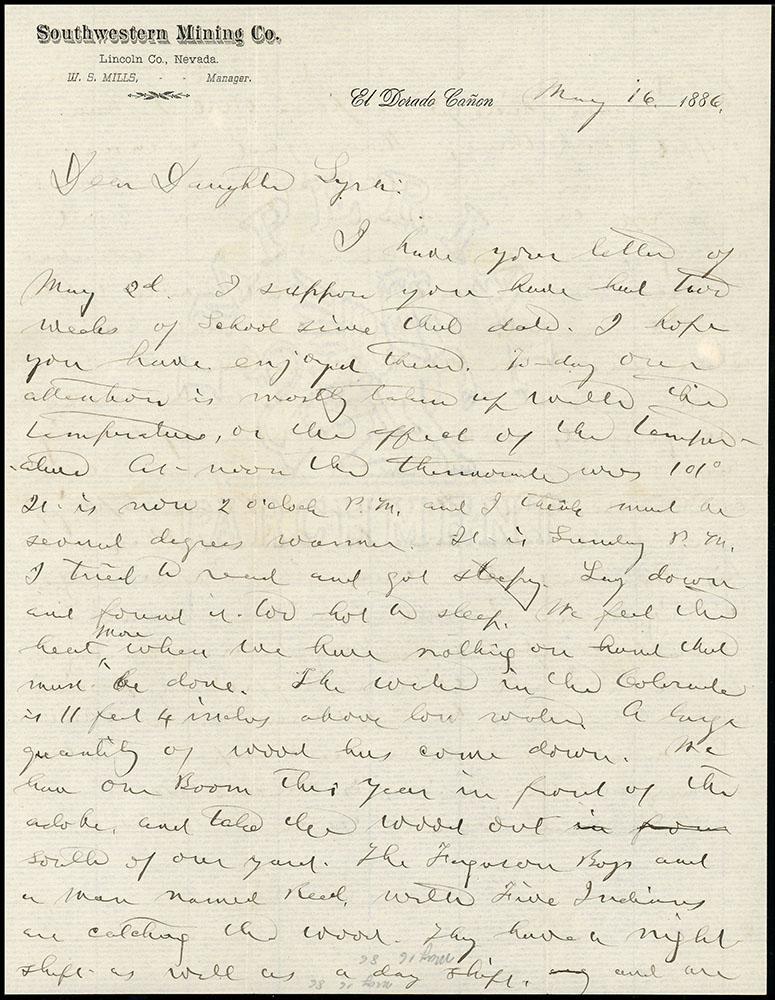 El Dorado Canon, Nevada was one of only a handful of southern Nevada post offices in the 1800s. Located on the Colorado River below the present site of the Hoover Dam, the area was part of Lincoln County until Clark County was established in 1909. 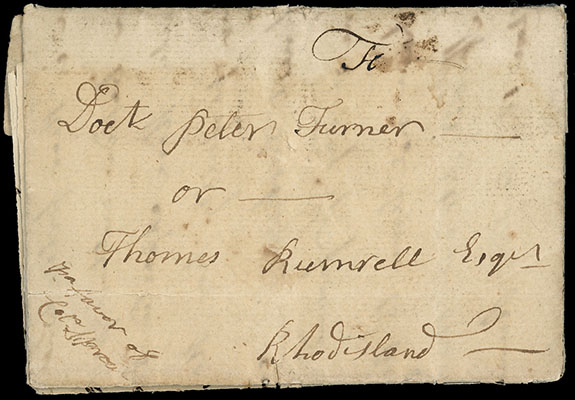 THE EARLIEST RECORDED LETTER FROM NORTHWEST TERRITORY IN PRIVATE HANDS.

Ebenezer Sproat was a Continental Army officer, son-in-law of famed Revolutionary War Navy Commodore Abraham Whipple, and a pioneer in Ohio Country. He was a founder of Marietta, Ohio, the first permanent settlement in the Northwest Territory founded in April of 1788. Starting in July 1788, Colonel Sproat provided the only courier service to and from Marietta. This letter was carried on the second trip.