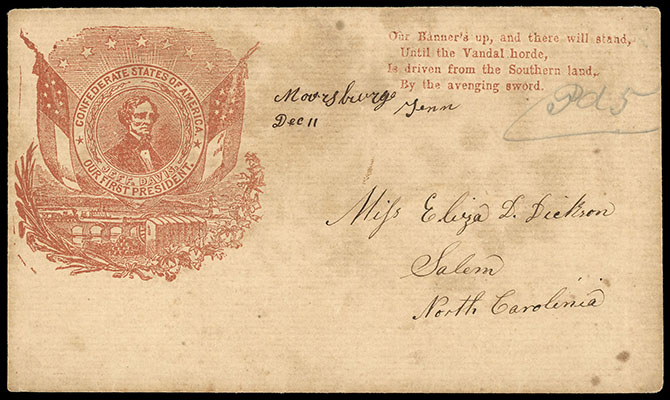 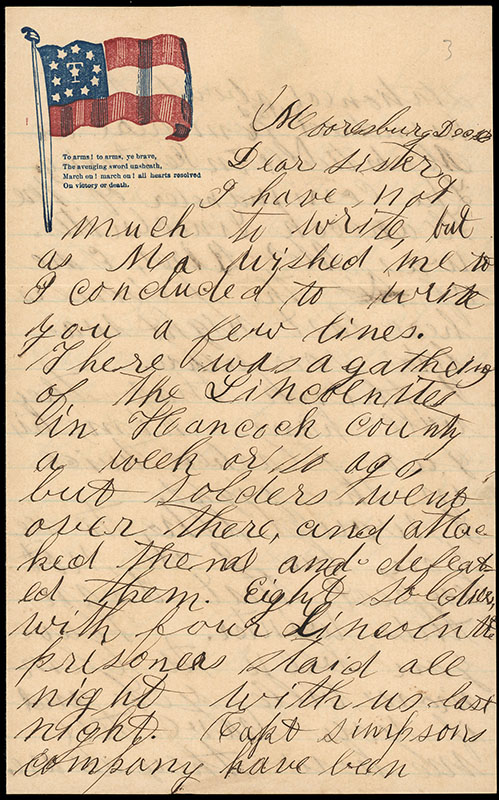 Confederacy, Jefferson Davis Medallion With Tennessee Flag Lettersheet, patriotic design in red with verse no. 31, entered mails with manuscript "Mooresburg, Tenn., Dec 11" postmark and pencil "Pd 5" rating at upper right to Miss E.D. Dickson in Salem, N.C., with original blue and red Tennessee 11-Star Flag design lettersheet (F11-8) datelined Dec. 10 with some interesting content…There was a gathering of Lincolnites in Hancock County a week or so ago, but soldiers went over there and attacked them and defeated them. The prisoners staid all night with us last night…The commander of the Hancock Lincolnites was Mr. Bird, one of the prisoners here last night was his son Elihu. I think that they will hang him. His gun flashed twice in the fight, a Very Fine and rare patriotic cover and enclosure.
C.S.A. Catalog No. JD-1A    Estimate $1,500 - 2,000.

AN OUTSTANDING PATRIOTIC ITEM SHOWING TWO DIFFERENT DESIGNS ON THE COVER AND LETTERSHEET.

Mooresburg, Tenn. is unlisted in the new CSA catalog. William Dickson was the postmaster here prior to the Civil War and is writing to his sister. 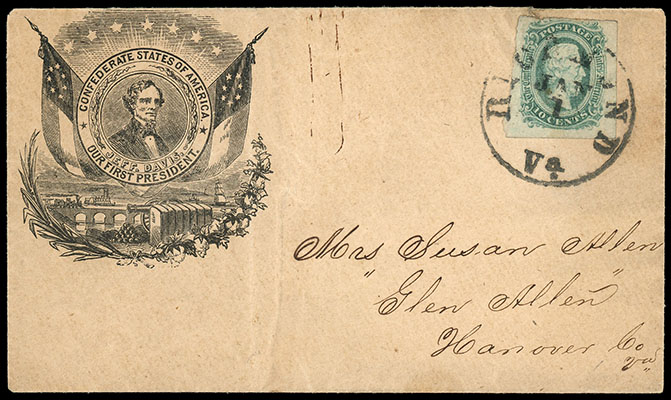 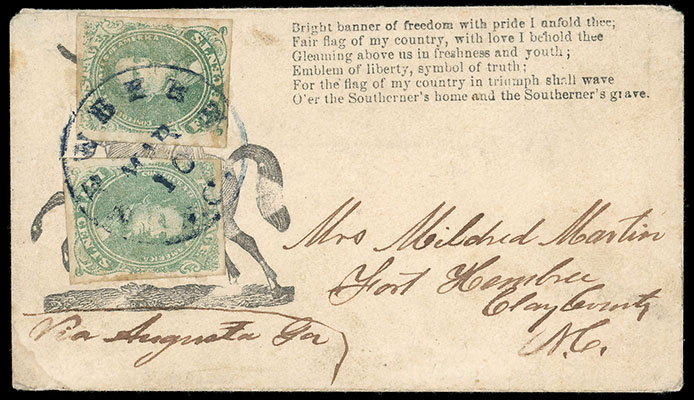 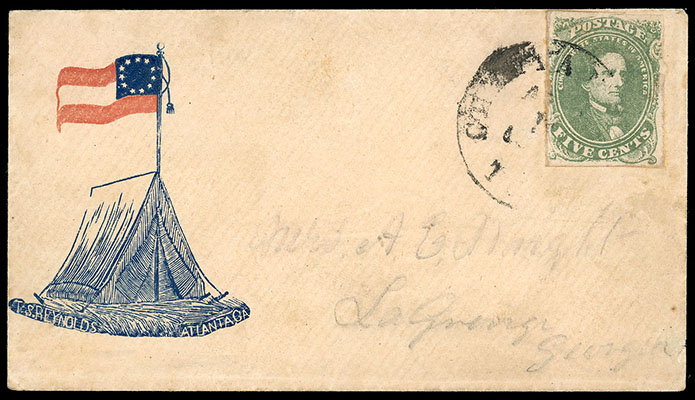 A GORGEOUS GEM USE OF THIS DESIRABLE TENT PATRIOTIC DESIGN ON COVER BEARING THE 1861 5¢ GREEN ISSUE. 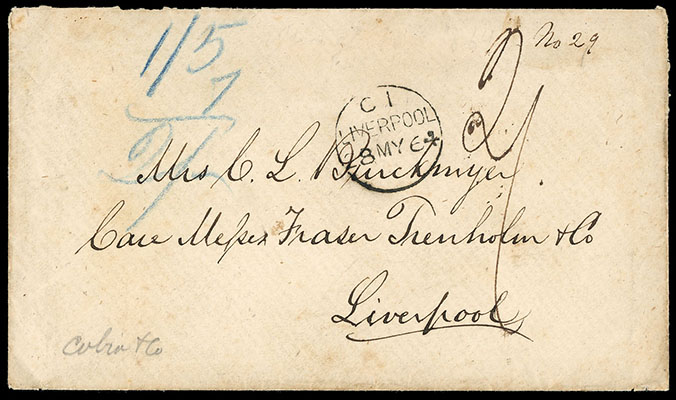 The famous Burckmyer correspondence extensively written up in The Confederate Philatelist. 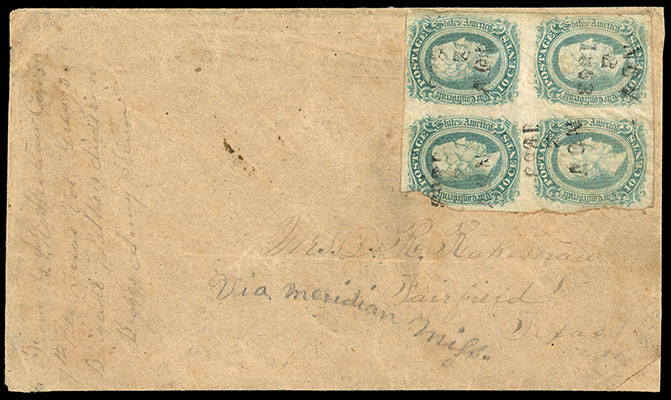 The Mississippi River and inland waterway routes were essential lifelines within the Confederacy. Early in the war, Federal naval strategy focused on control of the Mississippi, and, by the spring of 1862, key port cities were captured by Federal forces, giving them control of the river. With the Southern states divided between East and West, the Confederate government was forced to devise special measures to maintain transportation and communication along the trans-Mississippi routes. Surreptitious traffic across the river was carried on by private and government couriers, and the post office was authorized to appoint agents to ensure that the mail lines remained open. In April 1863 the Confederate Congress authorized a "preferred mail" across the Mississippi River and established a 50¢ rate per half-ounce. The act was revised to create an "express mail" without a fixed rate of postage, but instead limited to no more than a dollar per half ounce. By October 1863, Postmaster General Reagan secured a contract to have mail carried across the Mississippi at the rate of 40¢ per half ounce. Meridian and Brandon, Mississippi, were chosen as the eastern terminal points. Shreveport and Alexandria, Louisiana, were chosen as the western terminal points.