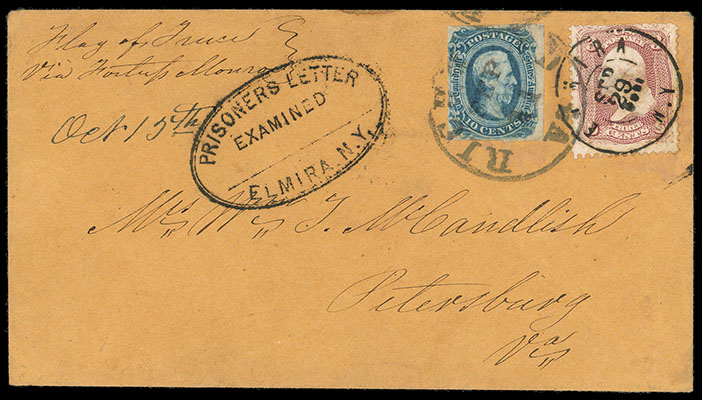 ONE OF THE FINEST MIXED-FRANKING PRISONER-OF-WAR USES FROM ELMIRA PRISON. 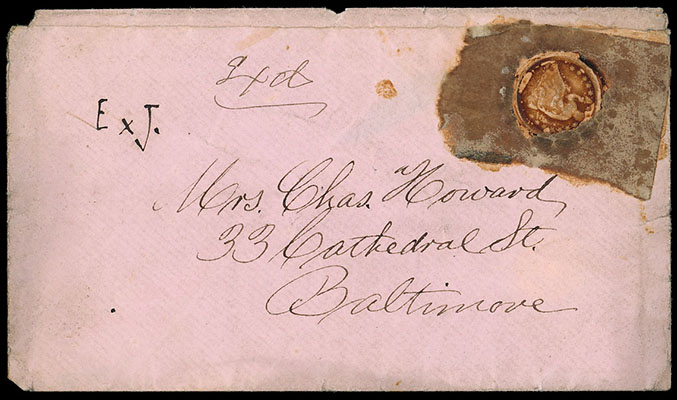 Confederacy, Northern Prison, small pink cover addressed to Mrs. Chas. Howard in Baltimore, in the top right corner is a full impression of half dime coin which was formerly affixed to the cover to pay the Union postage on this cover from a prisoner of war, the cover was sent by Charles Howard to his wife, endorsed with manuscript "Exd" and "ExJ" Examiner's marking, minor edge wear and small part of flap torn away, Very Fine and rare.
Estimate    $1,500 - 2,000.

A SIGNIFICANT HISTORICAL COVER FROM A POLITICAL PRISONER WITH ONE OF THE CLEAREST IMPRESSIONS OF AN ATTACHED COIN EVER SEEN ON A COVER.

Charles Howard (1802-1869), a member of an old colonial Baltimore family, was President of the Baltimore Board of Police at the outbreak of the war. He was arrested by U.S. Military Authorities on suspicion of Confederate sympathies on 7/1/1861 and was held as a Prisoner of State (Political Prisoner) at Fort McHenry (Md.), Fort Lafayette (N.Y.) and finally Fort Warren (Mass.) until his release on 11/27/1862.

His wife, Elizabeth Phoebe Key, was the daughter of Frances Scott Key. Charles Howard's son, Frances Key Howard (1826-1872) was likewise arrested and held as a Prisoner of State at the same locations and at the same time as his father. A second son, John Eager Howard, served the Confederacy as a Captain on the Confederate States General Staff. 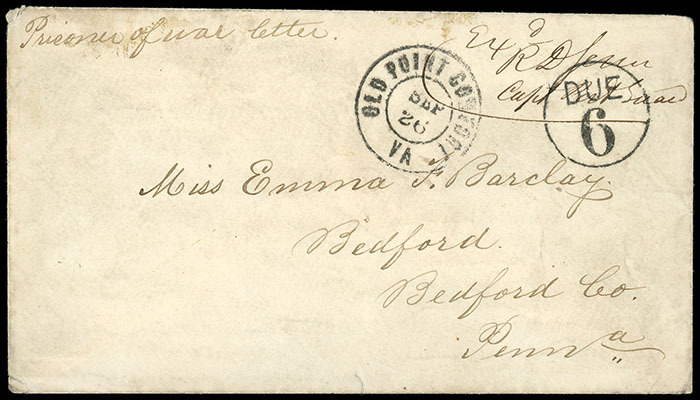 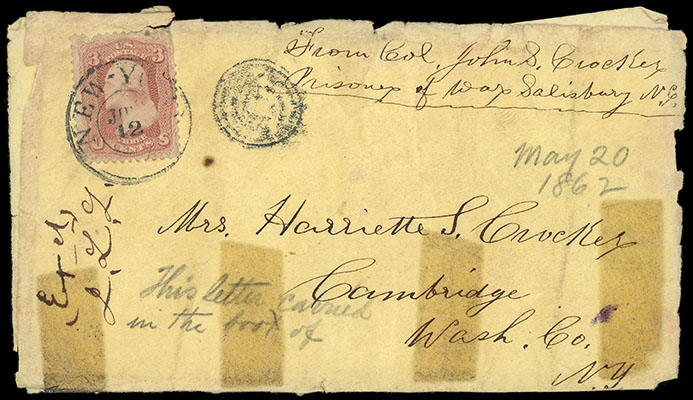 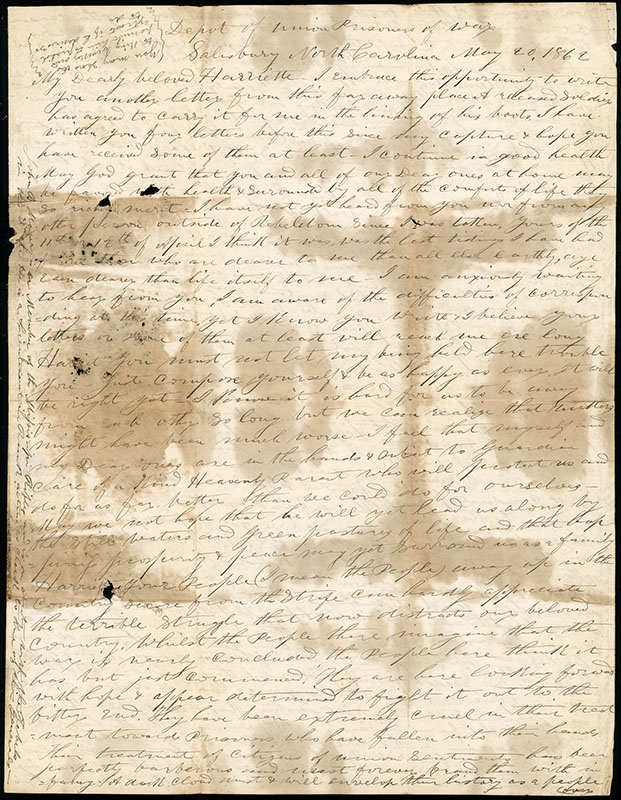 Confederacy, Salisbury Prison, Salisbury N.C., Prisoner cover endorsed "From Col. John S. Cocker, Prisoner of War, Salisbury, N.C." to Cambridge, N.Y., franked with U.S. 1861, 3¢ rose tied by "New - York, Jun 12" cds and duplex target, manuscript "Exd., J.L.L." examiner's marking at left of Chief Clerk of Prison Lt. J.L. Lyerly, included is lengthy four page enclosure datelined "Depot of Union Prisoners of War, Salisbury, North Carolina, May 20, 1862" to his wife and mentions the unusual carriage of this letter from the prison…A released soldier has agreed to carry it for me in the lining of his boots. ; cover and letter wear and soiling including separation at sides and tape stains due to the unique transmission of the item, Fine, a rare usage from Salisbury Prison carried though the lines by an exchanged prisoner.
Scott No. U.S. 65    Estimate $500 - 750. 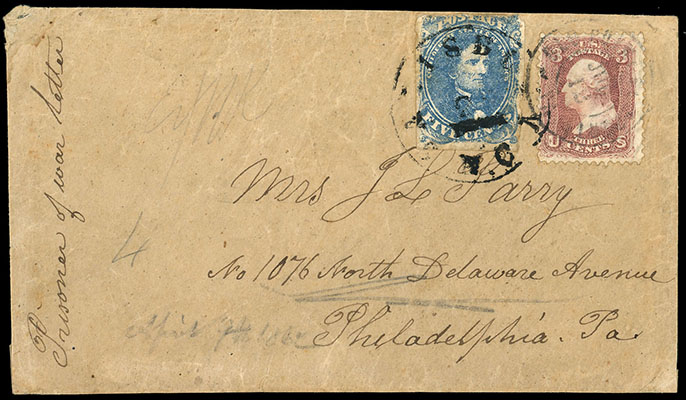 A RARE COMBINATION USAGE FROM THIS CONFEDERATE PRISON.