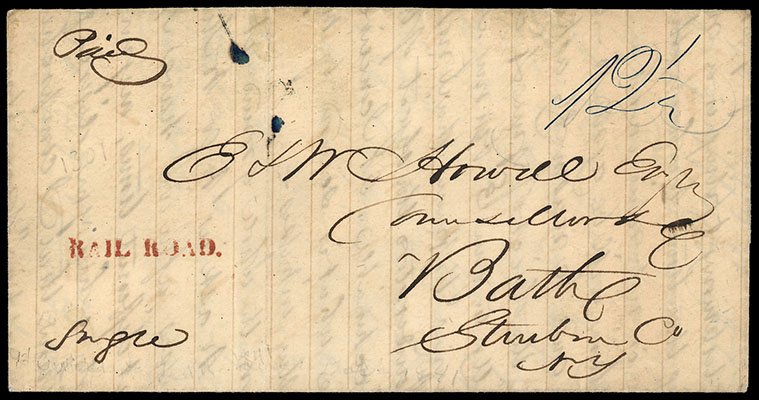 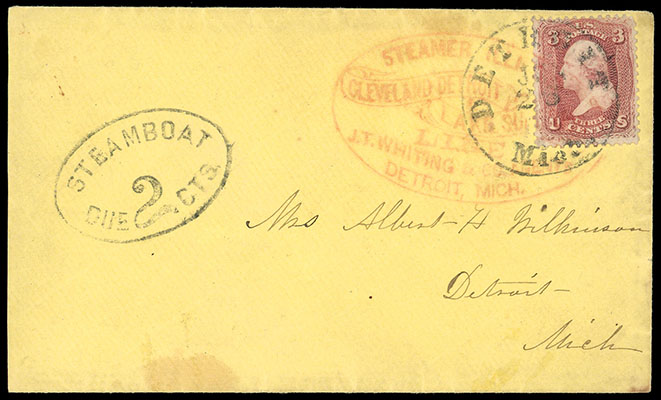 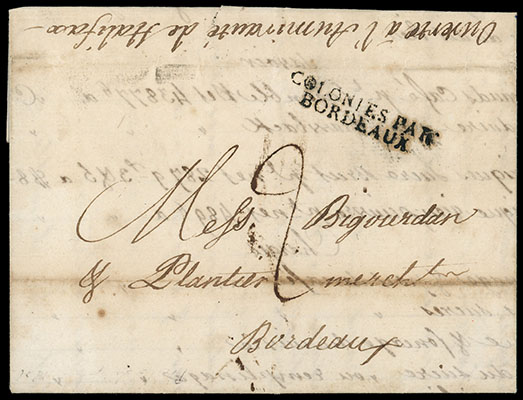 Examined at Halifax by Admiralty Prize Court 1806, Entire dated "Philadelphia le 12 aout 1806" and put onto the Ocean Gay for Bordeaux. Intercepted by the British Navy and taken to Halifax, Nova Scotia for examination by the Admiralty Prize Court. After examination reverse was endorsed "Ouverte á l’ Aumirautè de Halifax" and the letter was released with the ship. Arrived (from filing note) at Bordeaux 7th January 1807 to receive that offices "COLONIES PAR / BORDEAUX" stamp and charged 2 decimes being the ship letter rate for letters addressed to port of landing; some toning along horizontal file fold, Very Fine.
Estimate    $5,000 - 7,500.

During the Napoleonic Wars (1799-1815) neutral America continued to trade with both Britain and France, as well as their ever-shifting European allies. The U.S. cartel ships sailed under flag of truce, which at least in theory protected them from both military attack and capture by the privateers who roamed the seas under letters of marque. They were, however, subject to being stopped and searched to ensure that they carried no prohibited cargo nor intelligence. This cover is an extremely rare example of censored mail from that era.