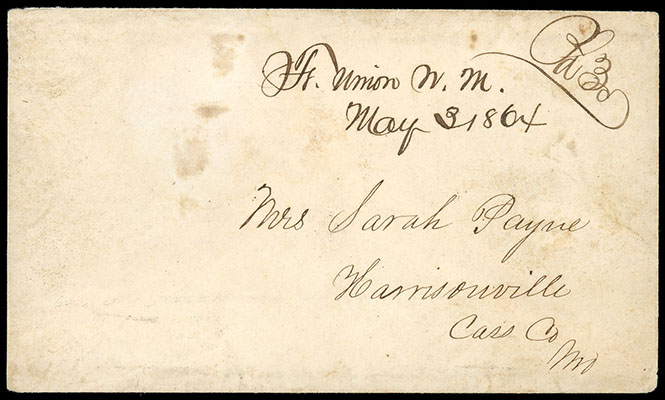 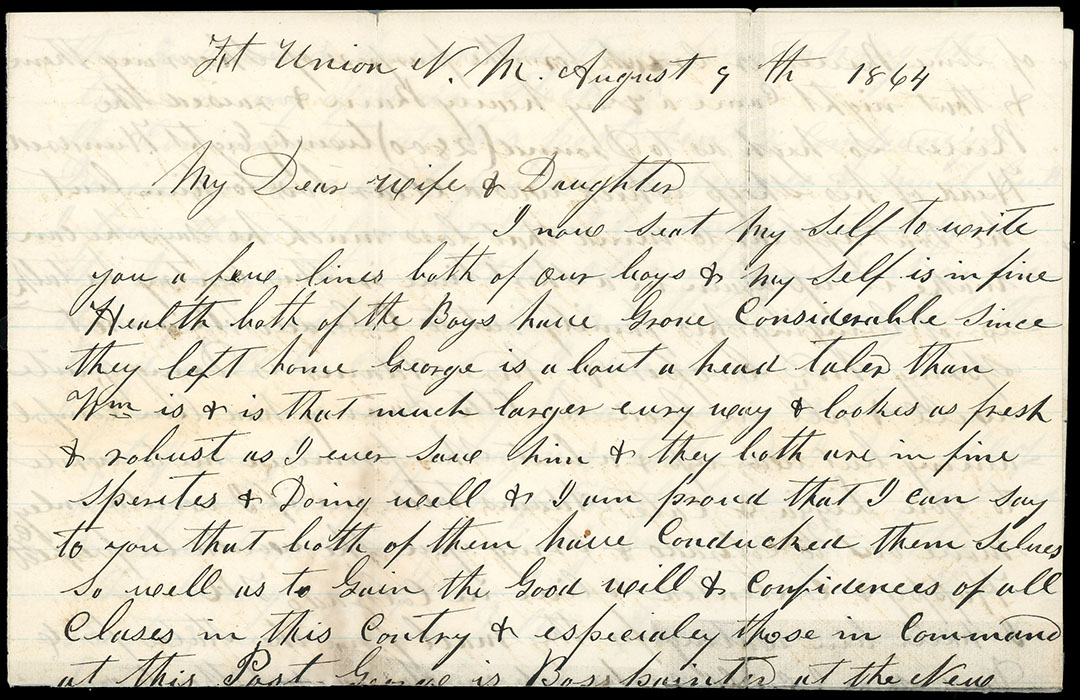 (New Mexico) Ft. Union, N.M., May 3, 1864, manuscript postmark with matching "Pd 3c" rating on cover to Harrisonville, Mo., with original enclosure datelined "Ft. Union N.M., August 9th, 1864" with interesting content regarding the second and third fort…the Old & New forts are about a half mile a part yet both placed are in charge of one & the same Quarter Master. Capt Evans is the quarter master at this post, and interesting new regarding Indian troubles…The Indians have become very troublesome on the road & have robed several trains & killed some men last week. There was a train came in that lost 10 men out of the train that was killed by the indians & one came in to day that lost 2 men. This train fought the indians & prevented them from taking the train or any train stock. The Commander at this post sent 2 Companys down on the road to protect the trains & mail but I fear those solgers (soldiers) will not by sufficient to quel the Indians and…I fear the mail has been stopped between Harrisonville & Kansas City & am fearful that you all are in hot water in the States. The stage conducker (conductor) here says the indians have run off all the stage stock on the road between this place & Council Grove but 4 mules., Very Fine, a wonderful cover and letter from Fort Union, New Mexico.
Estimate    $750 - 1,000. 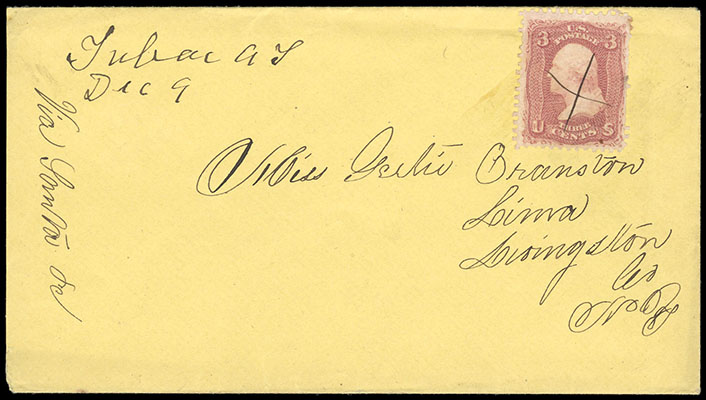 The Tubac Post Office was established on February 21, 1859 while then in Dona Ana County, New Mexico Territory. It became part of the Arizona Territory on February 24th, 1863. Tubac was an Indian village and was first garrisoned by the Spanish as early as 1752 with a fine Mission Church being built in those early years. During the history of Tubac four national flags Spain - Mexico - Confederate States and United States have flown over this small but important town. The area today has become one of Arizona's more important artist colonies.