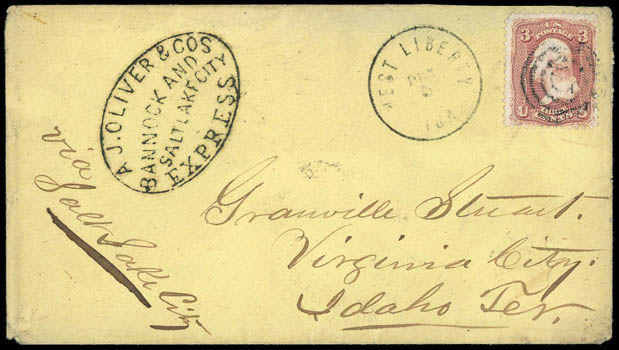 ONE OF THE FINEST STRIKES OF THE A.J. OLIVER & CO'S BANNOCK AND SALT LAKE CITY EXPRESS OVAL HANDSTAMP ON COVER, AN OUTSTANDING USAGE IN THIS QUALITY.

The example offered here, not recorded by Oscar, is one of three covers addressed to Stuart (Stewart) at Bannack City or Virginia City I.T. The three are the only examples recorded cancelled solely by BAM-101. 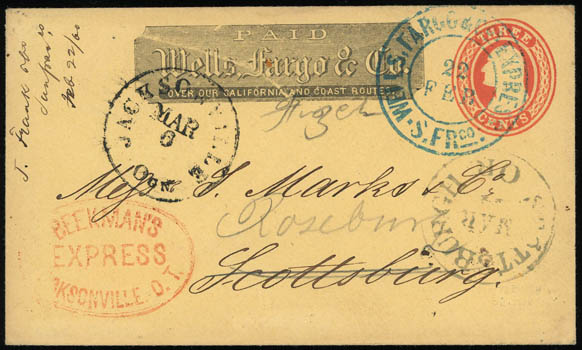 Near the end of 1855, Corneluis Beekman started his express operating from Jacksonville, O.T. with routes running to Crescent City, Roseburg, O. and Yreka where he connected with Wells, Fargo & Co. 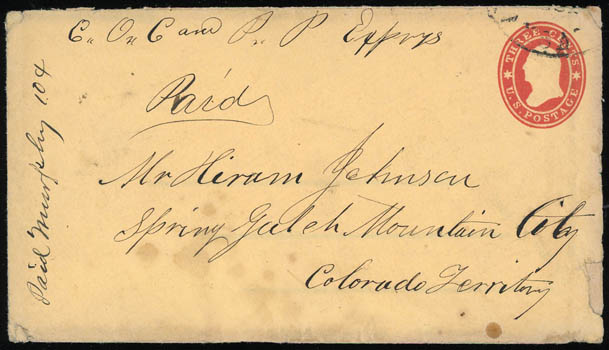 Accompanied by the Oct. 17th 2016 Linn's article written by Labron Harris about this fascinating Colorado express usage. This letter reached Denver and was sent on to Spring Gulch in Western Colorado. There was no internal organized mail system in Colorado at this time and mail was carried privately. It has been determined that there was an express running this route, the likely candidate being John T. Murphy, who left Platte Mo. in 1859 and went to Nevada City Colo., which is near Spring Gulch. There he became involved in the mercantile business and needed transportation to get his goods from Denver to his store. Seeing the need, he probably started an express company to carry foods for himself and others, charging 10¢ for letters as shown by this cover. 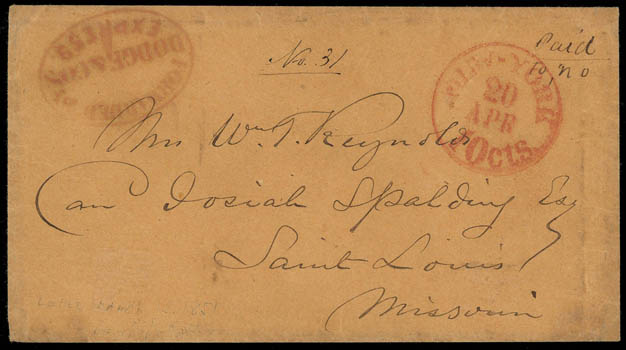 ONE OF FOUR EXAMPLES OF THE RARE DODGE & CO.'S EXPRESS FORWARDER HANDSTAMP.

Dodge and Co. formed in 1850 to handle gold dust and mail between San Francisco and the East. In 1851 they extended their line to Portland, Oregon however there are no known usages going in or out of Oregon. By summer 1851 their advertisements disappeared. Advertisement from Daily Alta California March 7, 1851 indicates probable service to New Orleans. 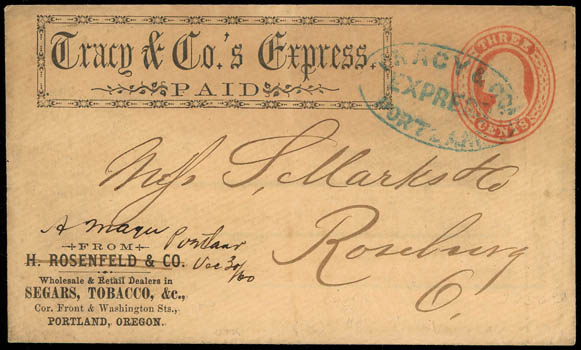 A WONDERFUL EXAMPLE OF THIS TRACY & CO.'S EXPRESS ORNATE BOXED FRANK - WITH ONLY THREE EXAMPLES RECORDED.

There are two slightly different styles of this frank. One with and one without a period after "Paid". This being the later of the two. 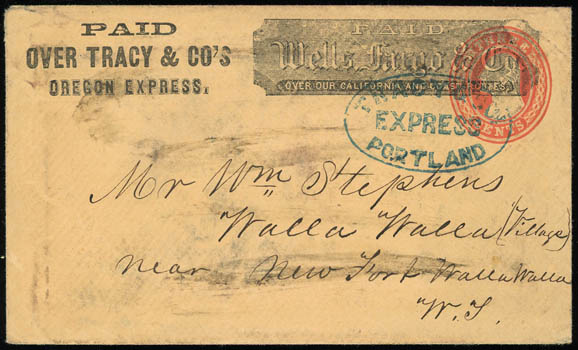 THIS COMBINATION FRANK IS ONE OF THE RAREST OF THE TRACY & CO. OREGON EXPRESS FRANKS WITH ONLY TWO EXAMPLES RECORDED.

Only one example was available to collectors until the Dale-Lichtenstein dispersal. This cover was carried by Tracy & Co. from Portland about 250 miles inland to Walla Walla in Washington Territory (circa 1859-60). 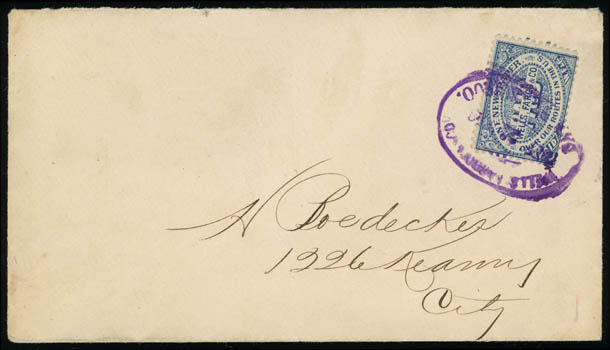 A VERY RARE USE OF THIS WELLS FARGO & CO. NEWSPAPER ISSUE ON COVER - WITH ONLY A FEW EXAMPLES KNOWN.

This is one of the finest known usages of this rare newspaper issue, fault free and the only dated example we have seen. 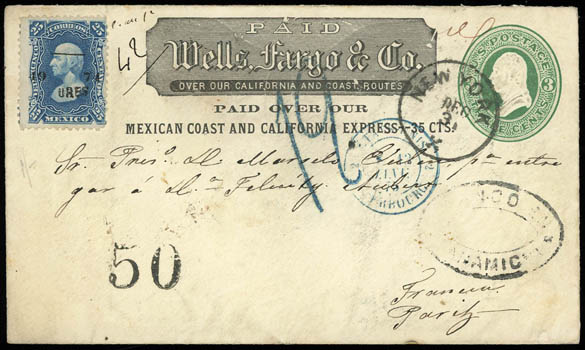