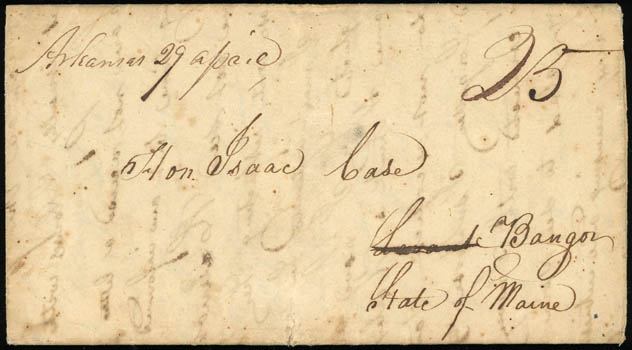 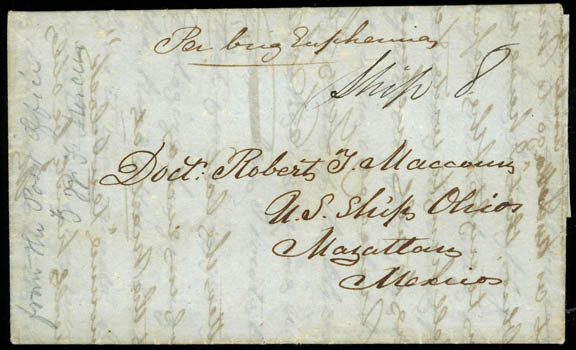 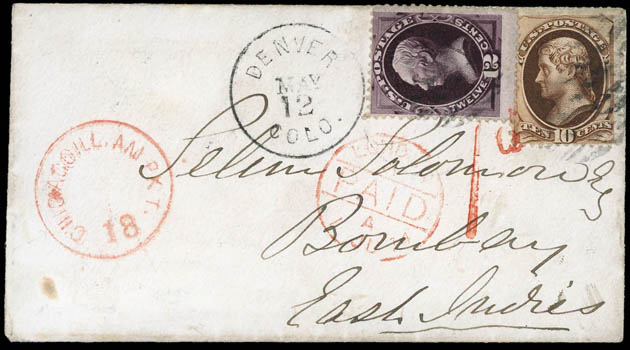 THE ONLY RECORDED COLORADO TERRITORIAL USAGE TO INDIA.

This cover was prepaid for the 22¢ British mail rate via Southampton. Colorado was a Territory until August 1, 1876. 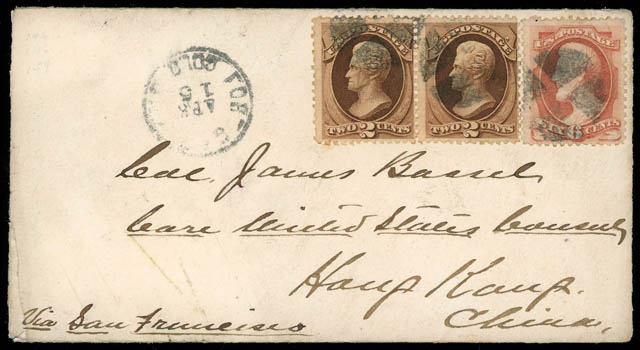 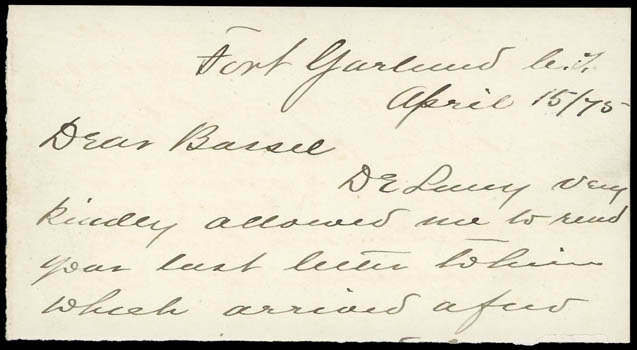 Col. James Bassel was a West Point graduate (class of 1867) who had served at Fort Garland and went to Egypt in 1874 as part of a contingent of American Soldiers and Veterans recruited by Khedive Isma'il in an effort to improve Egypt's army. Apart from their role in training the Egyptian army, the Americans supervised engineering projects and conducted important mapping expeditions in the Nile River region. Bassel was appointed Lieutenant-Colonel of Engineers, but served less than a year because "his unfitness for Egyptian service was apparent from the day of his arrival."After leaving Egypt he was employed in China and Japan by an American ship builder. Lieutenant-Colonel Bassel returned to the United States and ran unsuccessfully for congress in 1878. (see Trepel's article: "The Bassel Correspondence: An American Soldier in Egypt", Chronicle 230, May 2011, pp. 139-145). 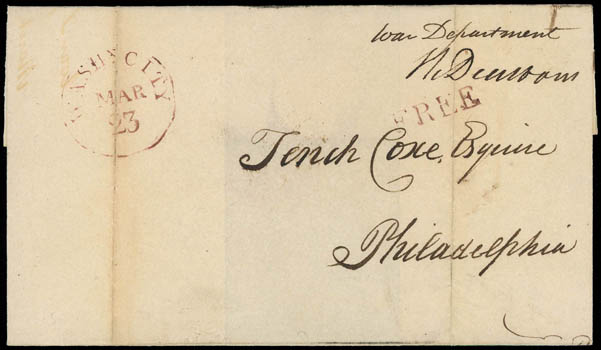 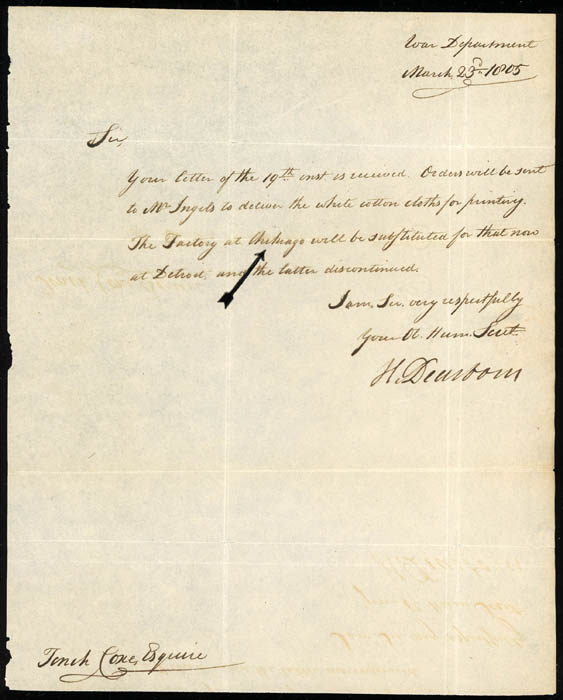 (Illinois - Chicago) Washn. City, Mar 23, cds with matching free handstamp "H. Dearborn" free frank signature on folded War Department cover to Philadelphia Pa., original letter (separated) datelined "War Department, March 23d. 1805" and reads "Your letter of the 19th inst. is received. Orders will be sent to Mr Ingels to deliver the white cotton cloths for printing. The Factory at Chikago will be substituted for that now at Detroit and the latter discontinued. I am Sir. very respectfully Your. Ob. Hum. Servt. H Dearborn".
Estimate    $4,000 - 6,000.

A RARE HENRY DEARBORN ALS LETTER WITH "CHIKAGO" SPELLED WITH A "K" AS IT WAS KNOWN AT THIS TIME.

Henry Dearborn was Secretary of War under President Thomas Jefferson, 1801-1809. Fort Dearborn was named after him and important in Chicago's history. 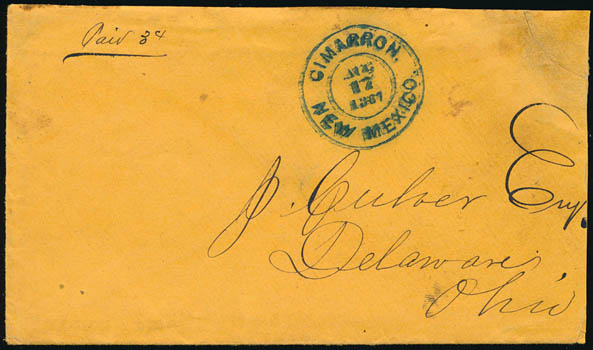 THIS IS AN EXCEEDINGLY SCARCE USE AND THE STAMPLESS LISTING EXAMPLE BY CHASE. 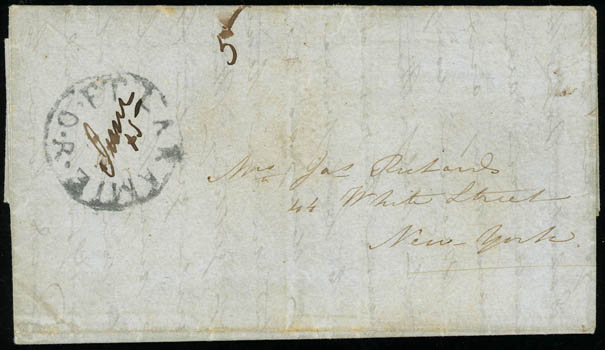 (Wyoming) Ft. Laramie, O.R., June 15, complete sharp strike of cds with manuscript date on folded letter to New York City, manuscript "5" rate at top, with three-page letter datelined "Encampment opposite Fort Laramie, June 9th, 1852", letter with interesting content regarding the trip out west…We helped to shoot a Buffalo and one of our young men an Antelope so they had fresh meat plenty. The Indians keep away from us for fear of the Cholera and small pox which they are told we bring with us. mentions women dying of the former…they dug the grave before she ceased to breathe!, mention of eventual arrival in Sacramento, etc., Very Fine and choice.
Estimate    $3,000 - 4,000.

BELIEVED TO BE THE FINEST STRIKE OF THE RARE FT. LARAMIE OREGON ROUTE CIRCULAR POSTMARK.