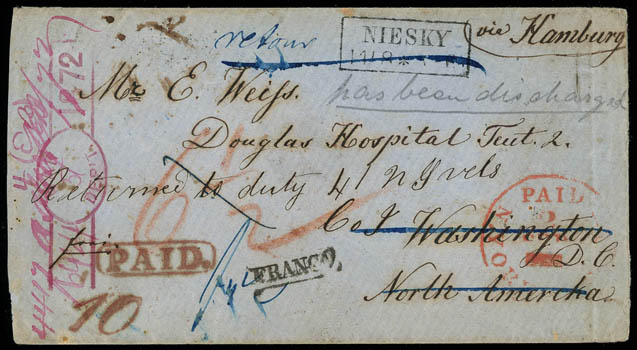 A REMARKABLE TRANSATLANTIC CIVIL WAR USE HELD UNTIL AFTER THE WAR AND RETURNED TO THE SENDER 10 YEARS AFTER SENDING.

This was a letter from Germany to a German immigrant serving with the Army during the Civil War, addressed to an Army Field Hospital. The letter must have been kept at the War Office Department until 1872 when returned to the sender. 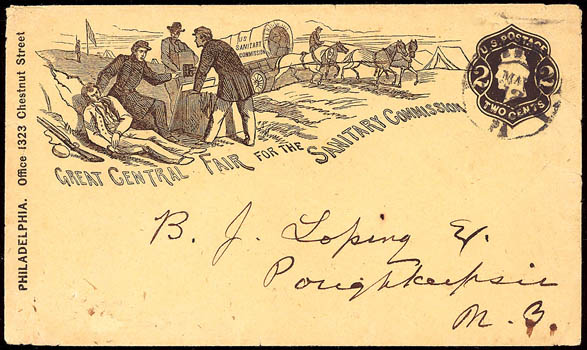 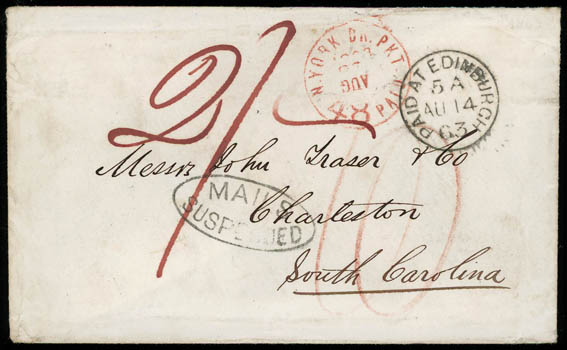 EXCEPTIONALLY RARE TRANS-ATLANTIC USAGE FROM SCOTLAND ADDRESSED TO THE BLOCKADE-RUNNING FIRM OF FRASER & CO. IN CHARLESTON VIA NEW YORK LONG AFTER THE SUSPENSION OF MAIL SERVICE TO THE CONFEDERATE STATES.

The "Mails Suspended" oval handstamp was applied at the Washington D.C. Dead Letter Office on mail to the Confederate States.