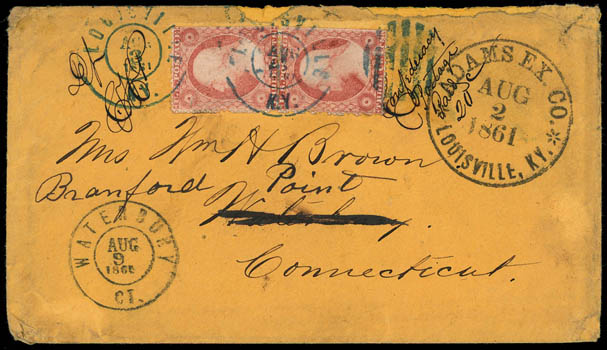 Charles H. Phelps was the express company agent in Augusta, who was later prosecuted in Confederate District Court in Savannah for transporting letters in violation of the law. 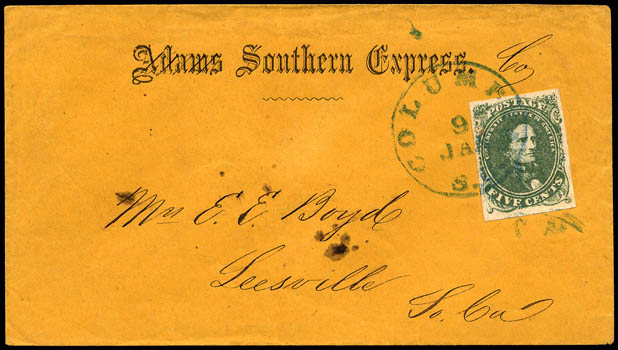 A lovely cover with "Adams" crossed out and "Co." added by pen due to the fact that the Adams firm was now under the control of the Southern Express Company.