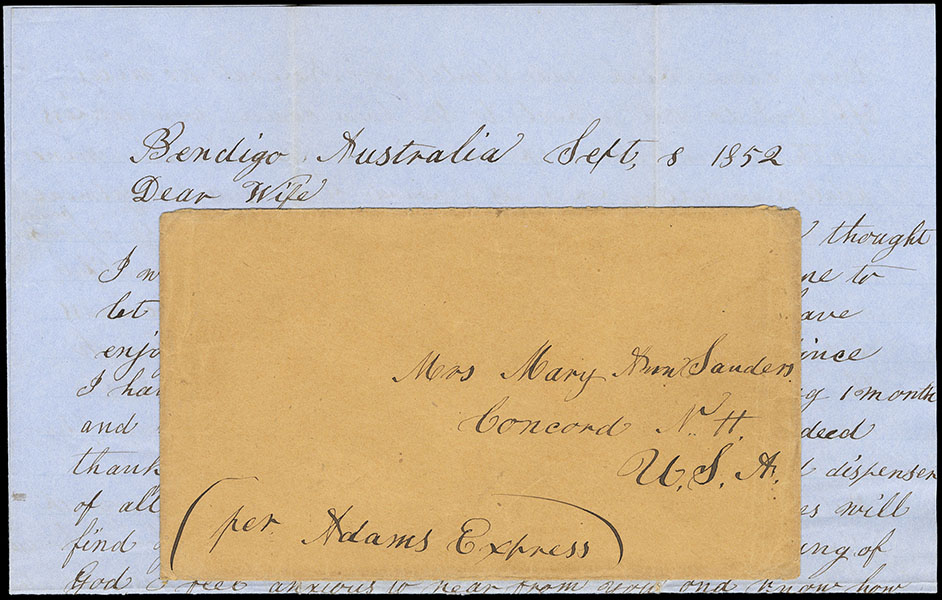 Australian States: Victoria, 1852 (Sep. 8) Bendigo, Victoria to Concord N.H., buff cover endorsed "Per Adams Express" with original letter datelined "Bendigo Australia Sept, 8 1852" with some interesting gold rush content from miner back home to his wife "…I am making my grub as the saying goes here - there are some making piles and plenty not making anything…", carried by Adams Express agent out of mails from Bendigo to Melbourne, then privately by Adams agent on Chowringee via Cape Horn, and transatlantic privately by Adams' agent on transatlantic steamship, Very Fine.
Estimate    $500 - 750.

ONE OF THE EARLIEST ADAMS EXPRESS USES FROM AUSTRALIA.

Adams Express, an American company operating expresses in the east and California, opened offices in Melbourne and Sydney during the Australian gold rush. They carried mail on the Two Capes Route, also direct via San Francisco and via Panama. They advertised in Melbourne newspapers in 1853 and the letter offered here proves Australian presence in 1852. 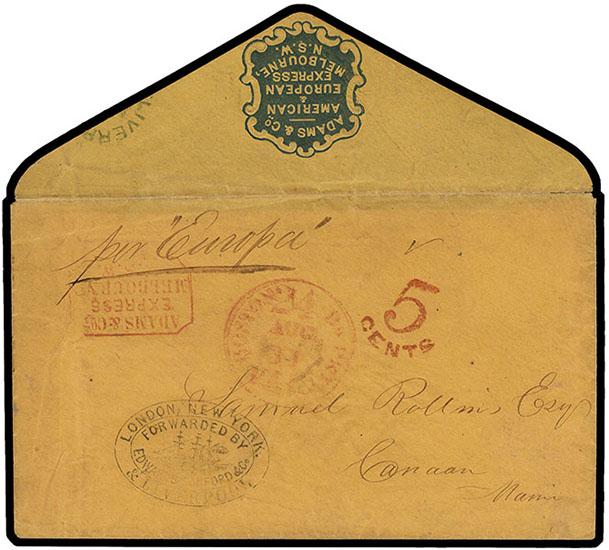 The Adams Melbourne envelope and handstamp were probably produced in the United States. This sailing of the General Screw Steamship Co. "Harbinger" via Mauritius and Cape of Good Hope to Southampton arriving Aug. 18th was the first direct sailing from Australia to Southampton. 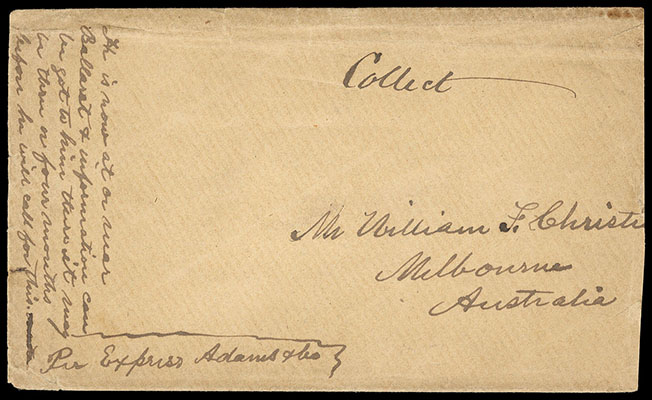 Australian States: Victoria, 1854 (c.) United States to Melbourne, Australia, light buff cover endorsed "Per Express Adams & Co." at bottom left and rated "Collect" to miner endorsed at left: "He is now at or near Ballarat & information can be got to him there - it may be three or four months before he will call for this.", carried out of mails by Adams Express on private ship to Melbourne; reduced at right, F.-V.F.
Estimate    $300 - 400.