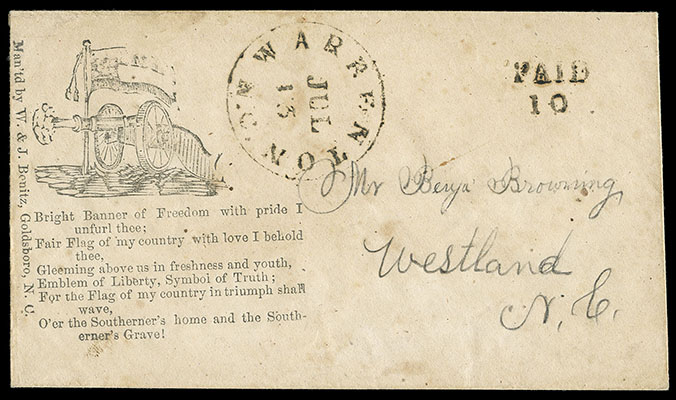 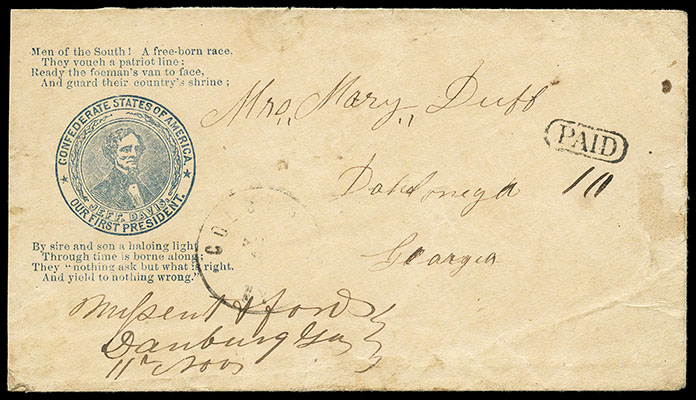 Only a handful of examples are known of the Jefferson Davis "Medallion Only" patriotic design. We known of only two examples bearing this split verse with the other being a handcarried usage. 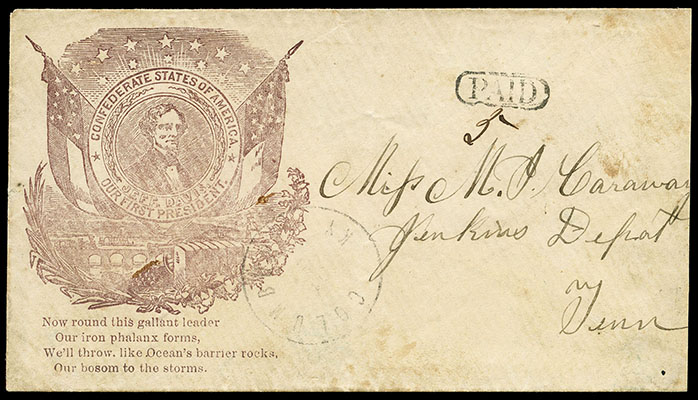 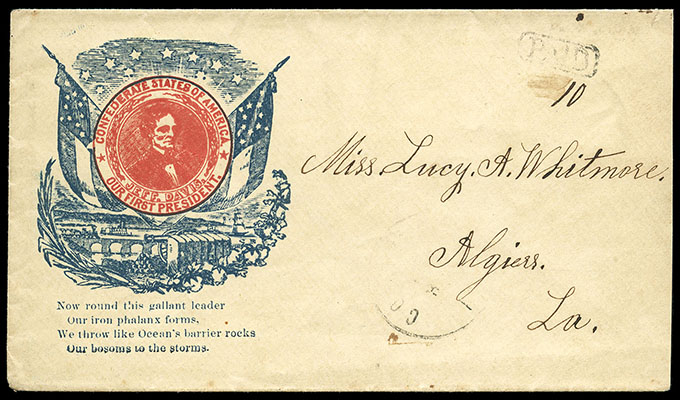 This letter was mailed prior to February of 1862. At this time four Louisiana regiments occupied Kentucky, including the Shreveport Rebels. 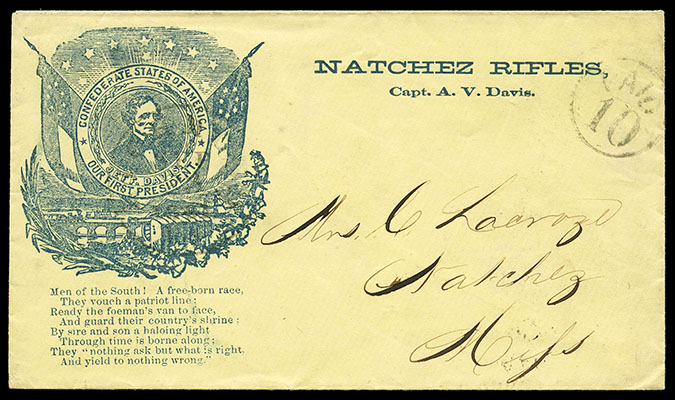 Capt. Alfred Vidal Davis, Sr. commanded the Natchez Rifles, Company E, 4th Louisiana Battalion. He enlisted at age 34 as a captain on March 8, 1861. He was born September 7, 1926, in Vidalia, La., and died May 13, 1899, in Pass Christian, and was buried in Natchez. Davis owned the only fully colonnaded house (Dunleith) now remaining in Mississippi, which he bought from Confederate Brigadier General (to be) Charles Dahlgren. Davis owned a slave, John Roy Lynch, who spent his childhood as a house slave at Dunleith. Following the arrival of Union troops, Lynch went on to become quite wealthy through trading land and was also one of the first African-American congressmen, serving four terms and advocating for civil rights legislation and against racial violence in Mississippi. Lynch also served as temporary chair of the Republic National Convention in 1884 and in 1898 was appointed by President McKinley to be a major in the US Army and paymaster of volunteers during the Spanish American War.