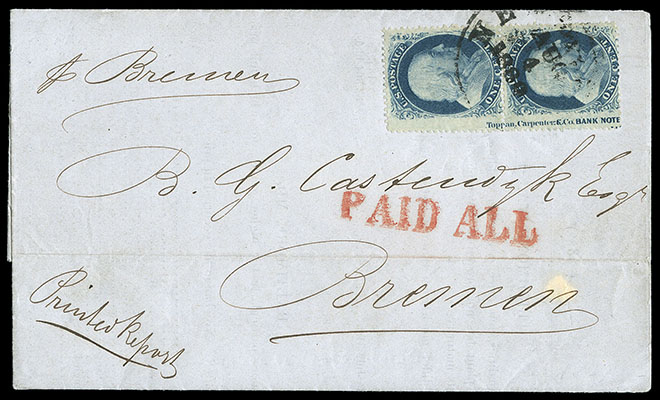 Printed matter sent under the 1847 agreement could not be prepaid until April 1854, when the agreement was modified to permit newspapers carried by the Bremen steamers to be sent anywhere in the GAPU for 3¢. Newspapers (including circulars) sent directly to Bremen were only 2¢. New York marked such printed matter PAID ALL in red or black. 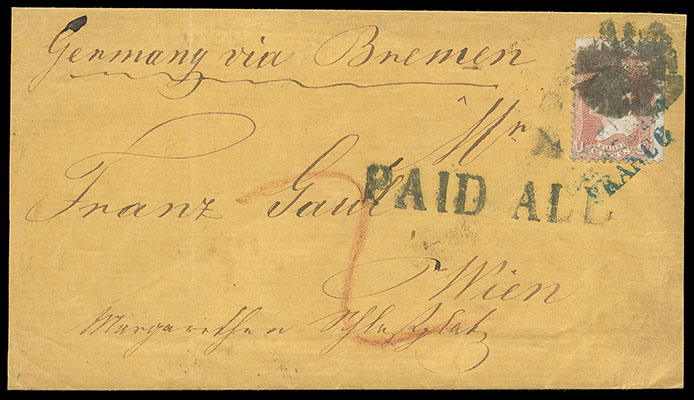 Newspapers sent by either the Bremen or Hamburg Lines required 3¢ prepayment, which was to fully pay the newspaper to another part of the German-Austrian Postal Union. Apparently, the Austrians collected an additional 2 kreuzer local charge. Large 43x9 mm. PAID ALL applied at New York. 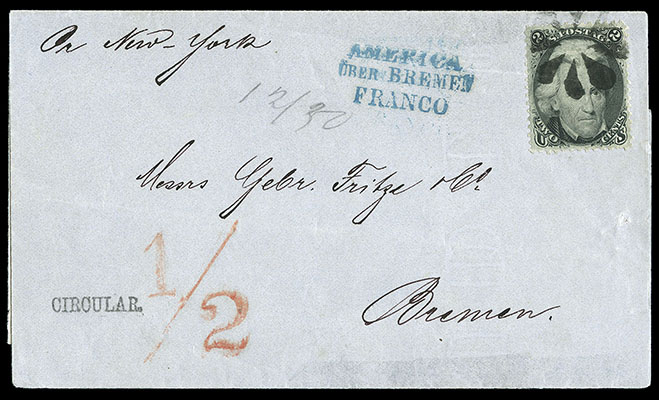 Pencil "12/30" numbers appear to be docketing date of origin or reception, but don't line up with an sailing of the "New York". 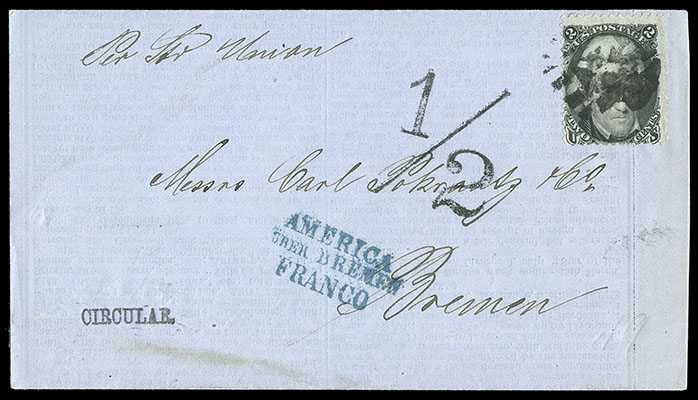 Circular prepaid to destination in Bremen. Large "½" handstamp of New York, known in red and in black, applied as a result of late 1866/early 1867 negotiations with the Germans that established printed matter rates beyond the GAPU and set U.S. credits per item (recent research by Heinrich Conzelmann).