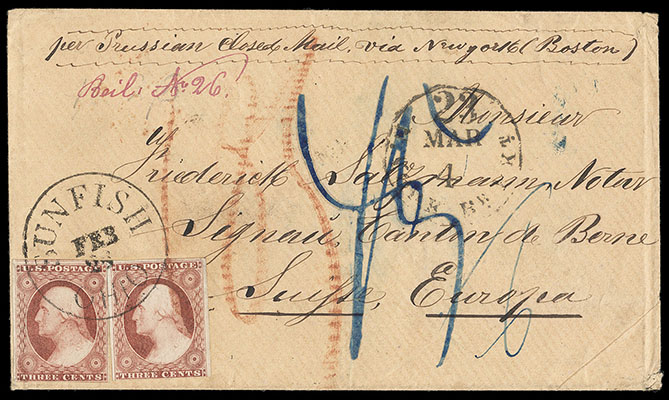 Payment of 6¢ and the open top flap show the sender had enclosed a circular and wanted it to go as printed matter. The agreement required wrappers to be open at the sides, not the top, so this cover was charged the unpaid letter rate. 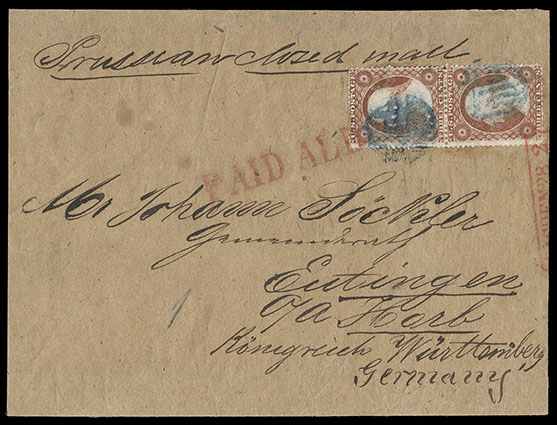 ONE OF ONLY THREE RECORDED 6¢ PRUSSIAN CLOSED MAIL WRAPPERS TO GERMANY.

Printed matter sent via Prussian Closed mail is rare. The rate was 6¢ for up to 2 oz., which was two or three-times the rates by other routes. The Glasgow & N.Y. Steamship was a substitute for the Collins Line, which had ceased operations in February.

ONE OF ONLY THREE RECORDED NEWSPAPER WRAPPERS BY PRUSSIAN MAIL TO SWITZERLAND.