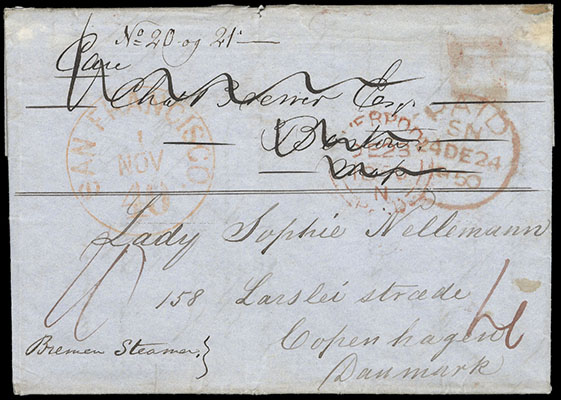 THE ONLY RECORDED HONOLULU, HAWAII USE TO DENMARK BY THIS ROUTE VIA SAN FRANCISCO AND BOSTON.

The letter was written by Ludvig Holberg Anthon to his Aunt Lady Sophie Nellemann. Ludvig was the first Danish citizen to settle in Hawaii around late 1839 and operated as a merchant. He became the Royal Danish Consul to Hawaii in 1849. In April 1852, he sold his belongings and left Hawaii for Denmark with his wife, Elisabeth Louise and their two children. However, the following year in December 1853, they returned to Hawaii and he continued as the Danish Consul until they left for good in February 1858. 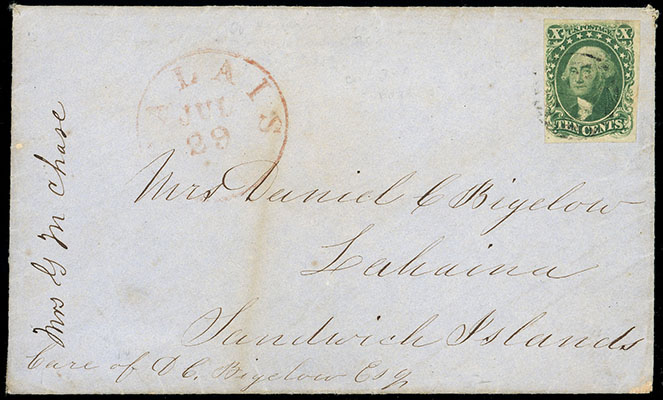 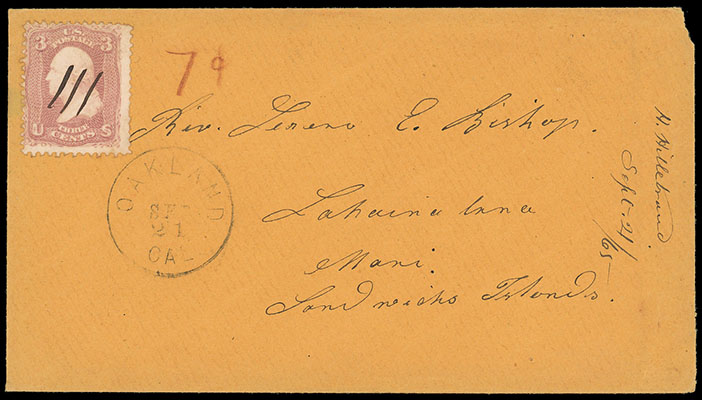 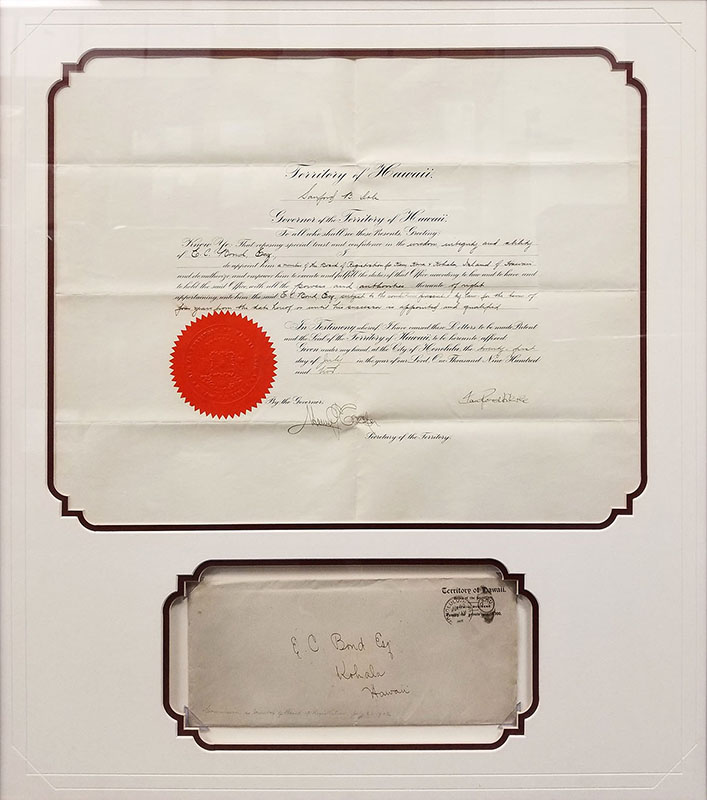 Hawaii, 1902 Sanford B. Dole Appointment Proclamation, 16x12" document of Sanford B. Dole (1st Governor Territory of Hawaii) appointing E.C. Bond to the Board of Registration of the Big Island of Hawaii, with large red Official Hawaiian Seal; signed by Governor Dole and the Secretary of the Territory Henry Cooper; with original official business letter that the document was sent in; matted and framed, Very Fine.
Estimate    $2,000 - 3,000.