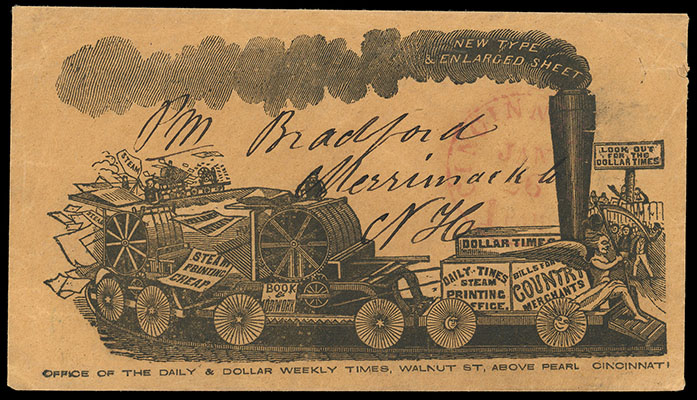 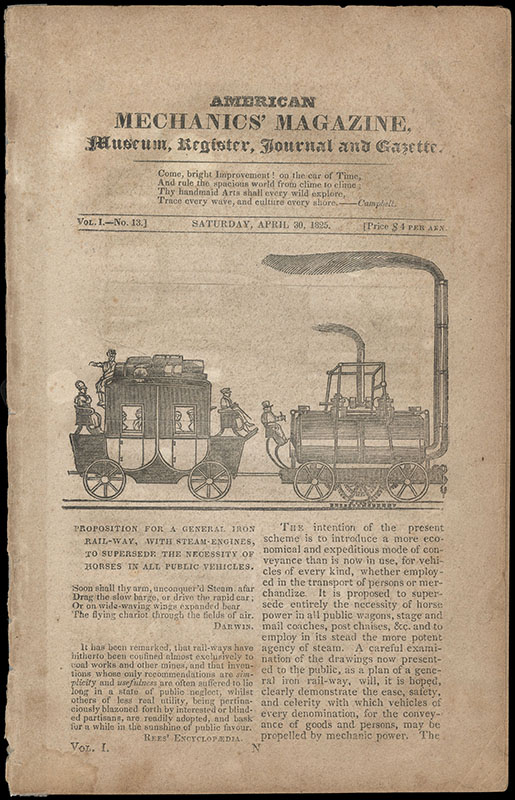 First Illustration of Trains Published in the United States, April 30th 1825 edition of American Mechanics Magazine showing illustration of steam powered train and coach car on front page, article titled "Proposition for a General Iron Rail-Way, with Steam-Engines, to Supersede the Necessity of Horses in all Public Vehicles", accompanied by July 2nd 1825 edition showing carriage improvements titled "Description of some improvements in the construction of Railways, and in the mode of propelling carriages upon them."; some aging, Very Fine pair.
Estimate    $200 - 300. 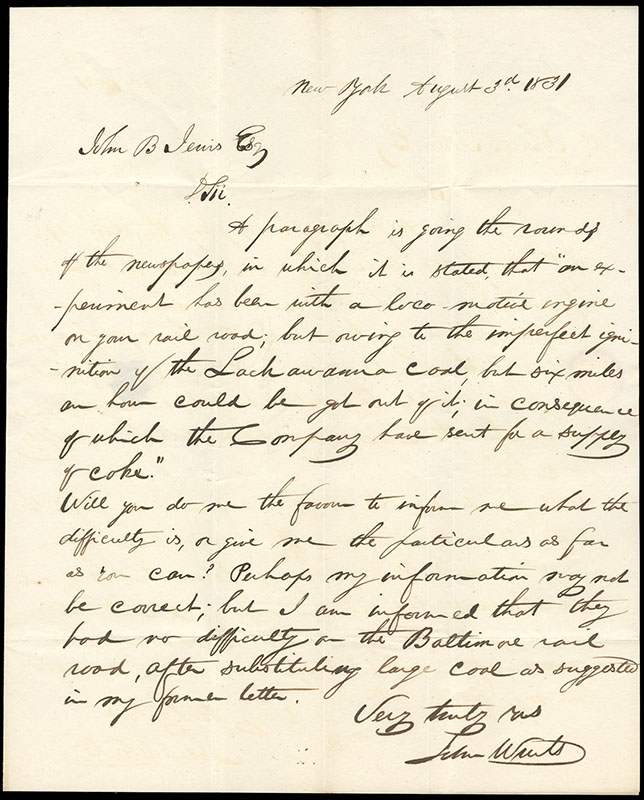 (Hudson & Mohawk Railroad) The First Experiment with Locomotive, original letter datelined "New-York August 3d 1831" from John Wants to John B. Jervis reading "A paragraph is going the rounds of the newpapers, in which it is stated that "an experiment has ben with a loco-motive engine on your rail road; but owing to the imperfect ignition of the Lackawanna coal, but six miles an hour could be got out of it; inconsequence of which the Company have sent for a supply of coke." Will you do me the favour to inform me what the difficulty is, or give me the particulars as far as you can? Perhaps my information may not be correct; but I am informed that they had no difficulty on the Baltimore rail road, after substituting large coal as suggested in my former letter.", address leaf with red "New-York, Aug 3" cds and matching "Paid" arc handstamp with magenta "12½" rating to Albany N.Y., Very Fine.
Estimate    $300 - 400.

John Bloomfield Jervis (1795-1885) was an American civil engineer who was America's leading consulting engineer of the antebellum era (1820-60). He designed and supervised the construction of five of America's earliest railroads, was chief engineer of three major canal projects and designed the first locomotive to run in America. At this time, he was the Chief Engineer of the Hudson & Mohawk Railroad.