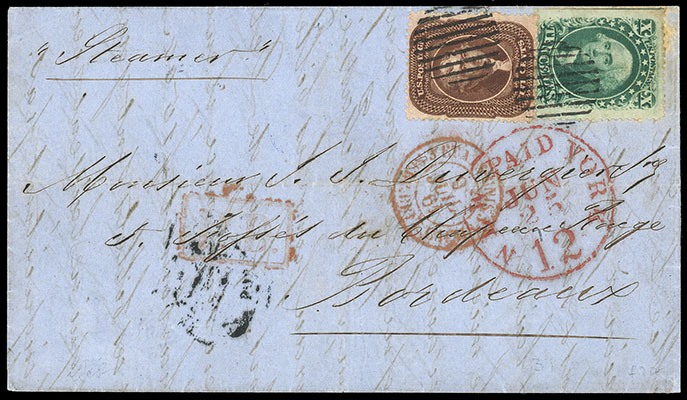 This letter was from Albin Rochereau, a merchant and battalion chief in the French Legion. The Legion was an organization of French citizens in New Orleans who defended the city during the Civil War.

Although Adams Express Company typically put mail into the post office at Louisville, there are examples of mail that was carried by Adams all the way to New York City. This cover does not have express markings since it was carried inside another envelope. 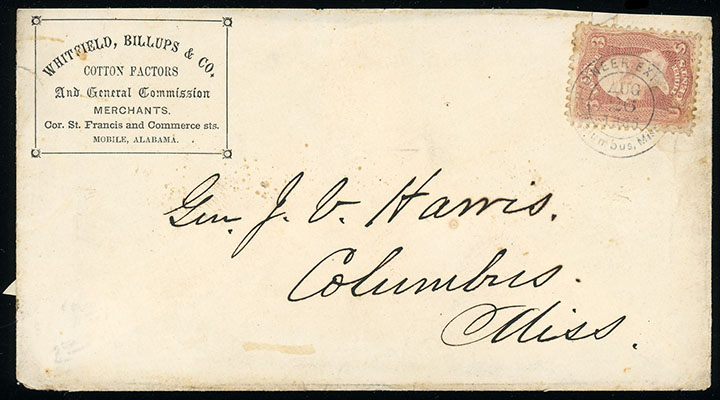 Jeptha Vining Harris (1816-1899) was a Brigadier General (Aug. 1862 - Aug. 1863) and later, after a year in private life, a colonel (Aug. 1864 - 1865) in the Mississippi militia, who fought in conjunction with the Confederate Army in Mississippi during the Civil War. His militia brigade served at Vicksburg, Mississippi during the Siege of Vicksburg. Harris and the brigade were part of the Confederate army surrendered to Union Army forces under then Major General Ulysses S. Grant on July 4, 1863. After being exchanged in July and mustered out in August, 1863, Harris returned to civilian life. On August 26, 1864, Harris was commissioned as a colonel of militia and given command of forces at Macon, Mississippi. 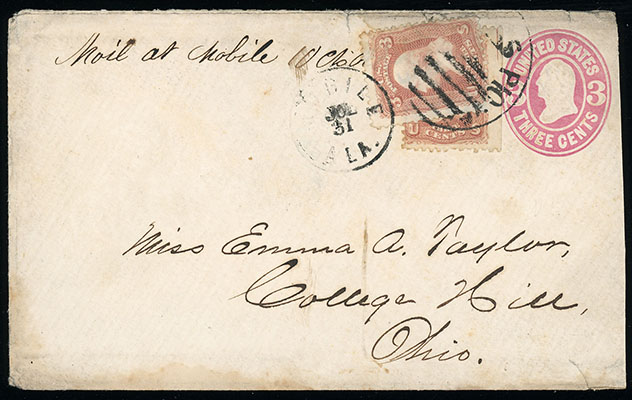 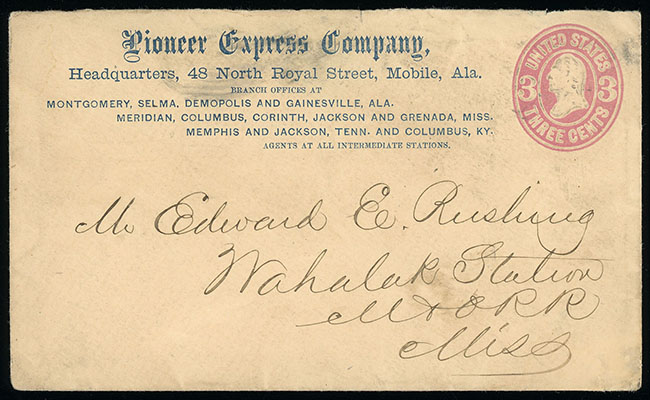 ONE OF ONLY TWO RECORDED PIONEER EXPRESS COMPANY ADVERTISING USES.

The Pioneer Express Company was the third most important express company in the Confederate States, behind Adams Express and the Southern Express. The first announcement of services was in the April 12th and Apr. 24th 1862 Times-Picayune (New Orleans). They announced in the Jun. 26th 1862 Mobile Register that it was operating over the Mobile and Ohio Railroad, which operated from Mobile Ala. to Jackson Miss. through Meridian and Corinth Miss. Later they advertised service over all stations on the Alabama and Tennessee Railroad in the Aug. 27th 1862 Mobile Register.