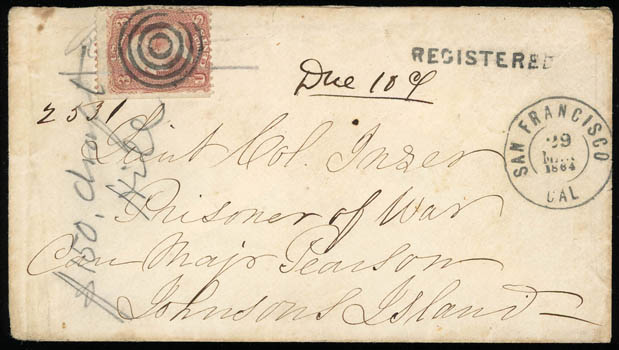 Registered mail service was available in the United States during the war years of 1861 to 1865. Registered letters known to prisoners contained money and by registering the letters, they were guaranteed delivery to the prisoner. 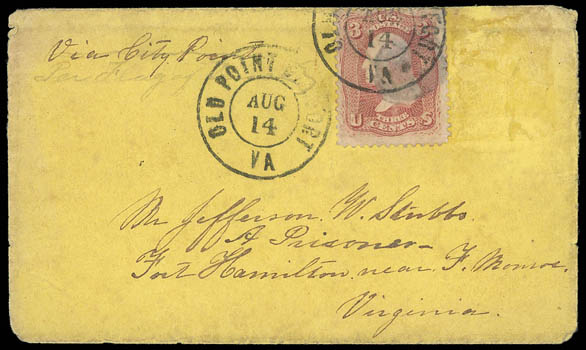 Stubbs was a prominent citizen and former County Commissioner of Gloucester County Va. He was described in a petition signed by numerous citizens of the county as an elderly gentlemen guilty of nothing more than being the father of three sons in the Confederate Army. He was released several months later after taking the oath of allegiance. The Chesapeake Military Prison was established in the summer of 1863 and operated until August 1865. It housed Federal soldiers incarcerated for various offenses as well as many civilian prisoners. 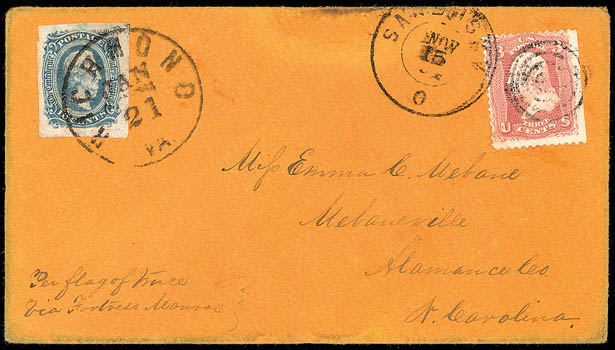 This cover was sent by Capt. William G. Mebane of Company B of the 13th Tenn. Inf. who was captured as a POW at Marietta Ga. on June 27, 1864. The addressee was his cousin whom he later married in December 1865. Emm's father was Giles Mebane who was the Speaker of the North Carolina legislature during the war years. 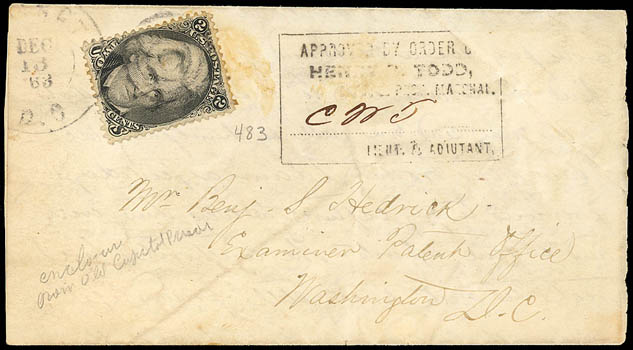